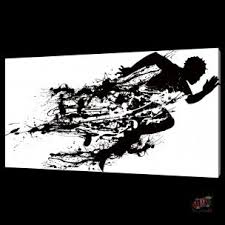 My discussion topic for today is betrayal? How do you get part someone else's cruel betrayal, and the jealous malice of which they do things. Remember in the short term they think their hurting you but in the long term their hurting themselves. 3 years ago or so a guy i knew was down on his luck, his confidence was shot and he had nothing but a series of issues that kept him stranded on an island of self pity. Noticing this, i took it upon myself to write him a letter, it was the sort of letter that was supposed to cheer him up, make him feel good about himself again. To my astonishment and horror, he used this letter to humiliate me, spread malicious rumours and gossip , alienate me from family members and socially. It was the most sadistic thing anyone could do to me at the time as i was battling confidence issues of my own. If i were to describe him id call him a no hoper, a looser, and a bully, in true cowardly form as he spread his poison he hid in his house, would wait for me to disappear then pretend to be a man in front of his friends and family, concocting a fake beef, and stirring things up as much as possible.

When someone betrays a kindness, the warmth you show them, dont be a glutton for punishment, cut that person out and never invite them back into your life, until they've genuinely changed. Some people can never change, this is how they survive, how they navigate through life's difficult decisions, because they dont have the strength of character to utilize the common sense god gave them. Till this day i believe i had made the mistake of writing to someone who was damaged goods, who didn't love themselves, and that self hatred was projected unto me. If he had been a man he would have told me what his conflicts were, but my belief was that  his jealousy of my family life, happiness and little achievements over ruled the need to be his most masculine self. Take charge and conquer, the chaos as it spiralled further and further out of control. In fact as i wept privately he remained unphazed because not only had he manipulated others to finally see him as what he wasnt, he couldn't tell the difference between real respect, and other people just using you for their entertainment.

Don't hate them, i realize. They hate themselves enough, their a dissapointment to themselves enough, when they look in the mirror they see something gross and disgusting, so why shouldn't you. Imagine them being like a flame that can singe you, keep your distance. There are many arguments in their defence such as things happen, have a forgiving heart. Its great to forgive it helps you move on, all you can do is focus on yourself for now. The pain of betrayal doesn't sting, its like someone taking a blunt object and driving it into your chest with almighty force. I came to two realizations. That was no man, and certainly not one i wanted to be around.
Email Post
Labels: betrayal confidence control goods jerk looser move forward self esteem self love writing