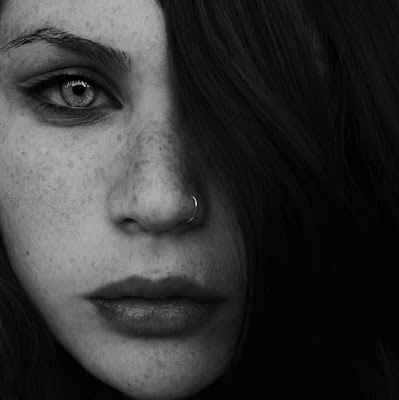 We assume that jealousy

is always about material, and superficial or shallow things. We understand that jealousy is about fancy cars, modellesque beauty, iconic clothes and promotions. Sometimes people can be jealous of who you are, or things that even you can't see. Jealous of your confidence, creativity, guts and gusto. Envious that someone else is more respected than they are, and frustrated that these flaws they hold on to about the object of their jealousy and loathing, are not validated with the intense envy they feel. Jealous people can often appear to be nice people, warm and kind, but a sinister sinisism lurks beneath their false smiles. What are the signs of envious people? One of the key ones is someone who hates you for absolutely no reason. Someone who randomly chooses to dislike you and spreads poison to ruin your reputation. Jealous people bitch behind your back, but are often too cowardly to express themselves to your face, why is that? Because of their envy, they don't want you to challenge them, because not only will a face to face confrontation with you expose their behaviour for what it truly is, but it is an issue that they dont want to resolve. It is an issue that they have with themselves.Something that makes them feel weak. Someone whose lonely may resent the fact that your popular and outgoing, they may describe you as loud and brash. Someone whose insecure about their sexual appeal, may call you easy, unattractive, or even desperate because you get more attention than them. Someone whose unconfident, may see your confidence as a threat.Jealous people will often make biting comments or attempt to humiliate you when they can. Some jealous people will attempt to socially alienate you, so you start to loose self esteem

and the thing that you celebrate about yourself you begin to question. You'll notice that envious people will often seem/look happier or stronger the more down you feel. That's them getting high off the confidence they stole from you.

Just for the record, their jealousy isn't about you. It may seem to be, but actually it's not. It's about the things that individual feels their lacking in life. Being around you makes them react so negatively, because it reminds them about their flaws and insecurities.Rather than face their confidence issues and past emotional baggage, they project their problems unto you.You become the target of their own personal hate campaign, Because face it, your an enemy they can see. Overly posessive people will often turn on a target their intimidated by, saying things like that person is too clingy, too needy, or anything they can think of, because they need to distract others from their controlling nature. The more isolated you are. The more vulnerable you are to their insults and bullying. I've noticed that most of the people who made my life hell were jealous of something i had, how did i discover this? The same people would try and imitate me, copying how i spoke or how i acted to prove to themselves that not only could they be me, but they could be me better than i could. People who acted completely normal, nice, rational with everyone else, would come around me and begin to desperately compete. Jealous people are often people who don't feel like they measure up. It can be confusing as you may meet someone that seems to have it all, beauty, finances, great partner, yet towards you their behaviour shows extreme jealousy, that isn't just witnessed by you but by others. Human beings pick all sorts of reasons to feel inadequate. We just have to remember, as frusrating as it gets, it's a good, phenomenal, positive quality they see in you, which they dont have, and they cant have.

Here's some more positive information. There is many a time we come across nasty, jealous people, and those around them canot see their behaviour for what it is.We start to feel feelings of betrayal, hurt, and even anger at our peers for not seeing what we see, yet guess what? That persons agenda will be found out eventually, because it's not the person they have the problem with. It's the quality, or the trait. All you have to do is sit tight, or find some people you'll have an amazing time with, it's only a matter of time before that person reels their ugly jealous head on someone else. In the meantime, you'll be getting on with the business of being happy.

The jealous are troublesome to others, but a torment to themselves. ~William Penn, Some Fruits of Solitude, 1693
Email Post
Labels: envy How to understand jealousy and work towards healing