The mechanics of a bully 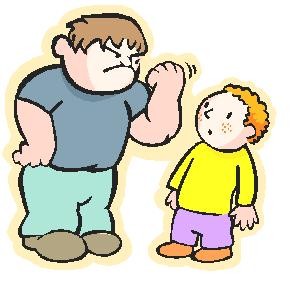 Lets put the hyper psycho social babble aside. The main reasons bully's go for a target is because they feel weak or threatened and socially they need to appear strong. They are ultimately insecure people that hide their vulnerabilities very well, and go for the easiest target. A bully will go for someone there may not be social outrage about targeting. Maybe the bully is in a comfortable scenario or setup, someone new has entered the enterprise but the bully has got it down. The familiarity, a numbers game. The weaker or inadequate a bully feels, the more desperate they'll be to appear strong. It could be anything from ridiculing someone publicly, laughing at them, degrading them. A bully needs to see you crack. They need to see the tears and the fear, not because you did anything especially hostile towards them. Often times because they themselves are in a bad place and they need to cause an effect, a ripple, a wave of some of the same feelings their feeling.

Often times bullies continue their negative behaviour or harassment because the people around them, friends, family, authourity figures are too weak to say, 'STOP' enough is enough. Your behaviour is wrong, it's inappropriate. Also key figures that are meant to discipline the individual or vaguely correct them, are too busy cosying up because it's easier that way. Another problem is because a bullies 'jealousy' or behaviour as one would stupidly identify it, shows such irrational disdain towards the victim they are convinced they've done something wrong. What did i do? What did i say? I once experienced such appauling social isolation and bullying in a work place, that internally i became convinced i had done something wrong. From being bustling, happy, and vibrant in the work place, this individual began to throw dust at everything i was attempting to accomplish. They didn't want me anywhere near their friends, because they were 'cliquish' and became almost obsessed with what i seemed to be typing on my computer screen. I am naturally an ideas person, and like most normal people, i believe that when you step into a new work scenario you have to show your worth. Produce ideas, marketing, sell what you do especially if you have a background in doing this and a degree. This person began to use any nasty trick at their disposal. Insulting culture, skin tone, acting dramatically cruel and immature. The hillarity was, that in due time their attitude began to change like most people who react out of irrational fear and paranoia, but it was too late. I remembered their comments, and i remembered the way i felt when they did this. It was too late. The more comfortable they tried to make me the more uncomfortable i felt. Until it got to the point where every semi nice word they spoke was mentally replaced with the memory of their digs, ridicule and a clear photographic video of past negative behaviours. As with the effects of any bullies ' charisma' i began to dread seeing this person day to day, began to loose confidence, despite battling with my own internal conflicts, putting up with such crap from someone who craved power and monopoly just wasn't worth it. If someone has to be weak in order for us to feel strong, we were never strong in the first place. Another key reason bullies target someone is because they assume they'll get away with it.When the boss was confronted with this persons disgraceful behaviour, the answer i recieved was ' well sometimes people just don't get along.' I wasn't informed of any disciplinary action at all. In fact i was made to look like the trouble maker, and it was clear to me why this person thought they could act so ridiculously in the first place.
Email Post