The principle of the Problem solver :How to generate wealth 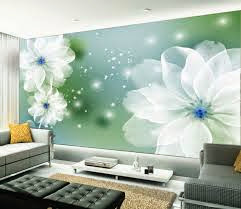 Wealth begins as a mindset, if you can visualise success and your willing to cultivate the habbits to posess it then you can own it. Success is a seductress, a mischievous temptress teasing you, tempting you , challenging you; at each step you must up your game.
What do you really see in your future? Who do you see yourself becoming? We have a habbit of letting the chinese whispers of others form us, yet it is for you to identify your strengths your kryptonite, and ultimately become a fully formed human being.
The journey towards wealth will be trying, challenging, but it will engage you at every level, within every core, you must not just question your needs but how to solve the peace of mind of others. This is what will give you access, this is what will translate to wealth. An understanding of social, environmental, economical, class challenges, and how your input can create positive social impact.
Your goal is to look at transformative intervention. Creative ways you can devise and assist, ingenious ways you can solve a problem for the masses, be inspired by those who came before you and plant your own seed.  If these guys can do it....well...."a rock that becomes a pet?"

Ridiculously Rich Person Behind It: Gary Dahl
Estimated Profit: $15M in just the first six months
The idea of selling a rock is about as ridiculous as it gets. But one man figured out how to sell them and make millions in just a few short months.
Dahl, a former advertising executive, sold his rocks for $3.95 on a bed of hay. Each sale earned him a profit of roughly $3.
He sold the rocks as "hassle-free" pets, complete with a pet training manual and a card board box fashioned after a pet carrier. The rocks were an instant hit and turned into one of the greatest fads of all time.

Ridiculously Rich People Behind It: Bernard and Murray Spain
Estimated Profit: $500MM
You order takeout and the deliveryman leaves you with a white plastic bag. On the exterior is a goofy yellow smiley face grinning back at you, encouraging you to "Have A Nice Day!" You take your food and plop in front of the television to find the same stupid smiley rolling down the isles of a Wal-mart ad, bringing customers shopping cheer as they peruse the super store.Now imagine your father is the one who first drew this world-renown image. Imagine further how upset you would be if your father never trademarked his image, and only made a measly $45 from the icon. This is the story of Charlie Ball's life.Back in 1963 his father, Harvey, first drew the happy face for his PR company's client, State Mutual Life Insurance. The only money the Ball's ever made from the simple sketch was the two-figure dollar amount they made selling it to the client. So who did make all that money off the brilliantly simple symbol? Two brothers, Bernard and Murray Spain, stumbled upon the unrealized potential of the smiley. Wanting to start a novelty store, Bernard and Murray bought the legal rights to the mark along with the now infamous tag-line,"Have a nice day." The brothers began slapping the image on everything possible. The yellow smiley swept the nation and soon, the world. The fad peaked in 1971 and diminished after a year and a half, but that was enough time to do a lot of damage—50 million in sales worth of damage.The Spain's opened the first Dollar Express in the '80s where they continued to sell the smiley. In 2000, they sold their chain to Dollar Tree for $500 million.And what of Harvey Ball? He became a yellow smiley-based philanthropist. What else would you do if you let a gazillionaire-dollar idea slip through your fingers?

Ridiculously Rich Person Behind It: Joel Comm
Estimated Profit: $400K
Here's a half-assed, half-a-million-dollar idea for you. Somewhere, in Joel Comm's sordid mind, out squeaked the iFart, the whoopee cushion for the iPhone. What's even crazier? He thought people would pay for the app. iFart retails for $.99. And, the absolutely insane part about this all? Joel Comm was right.Hate on it all you want, Joel Comm gets the last laugh. His application has been buzzed about all over the media and pranksters everywhere love the 26 flatulent noises it encompasses, including "Record-A-Fart," "Fart-a-Friend," and "Sneak Attack." The app was downloaded 113,885 during its first two weeks on the market. To quote Jimmy Kimmel, "If everyone in America gives as much as they spent on the iFart App, Haiti will be saved."
When we asked Joel how much his app made to date, he told us there were more than 600,000 downloads, netting him and his company InfoMedia somewhere in the ballpark of $400K.
Related: 10 Terrible Ideas Being Executed Right Now

Ridiculously Rich Person Behind It: Ken Hakuta
Estimated Profit:$80MM
Ken Hakuta should give his mom an extra big hug and kiss for giving him his million-dollar idea. She sent him the nation's first known Wacky Wall Walker as a gift from China. Fascinated by the gewy toy that appears to walk down the walls it's thrown against, Hakuta bought the rights for $100,000 and began marketing it in the D.C. area.
Sales crawled along until a reporter for The Washington Post stumbled upon his product and wrote about it. The buzz from the article began one of the greatest marketing fads of all time. Within just a few months, more than 240 million were sold, netting Ken about $80 million.

Ridiculously Wealthy People Behind It: Eric Nakagawa (aka Cheezburger) and Kari Unebasami (aka Tofu burger)
Estimated Profit: $2MM
The concept of creating ridiculous captions for absurd animal photos began with a photo of one very fat cat and ended with Eric and Kari becoming millionaires. Their original goal? To share the chubby tubby image pictured here (which jolted the pair into an alleged 73 minute laughing fit) with as many people who cared to see. The domain name came from the caption they wrote for the feline, "I can has cheezburger?" A series of follow up photos about the fat cat obtaining a cheezburger followed, and soon fans began submitting their own creations.
The site now receives more than 35MM hits per month and 8,000 daily submissions. In 2007, Tofu burger and Cheezburger sold the site for $2MM to now CEO, Ben Huh. Ben has created six sister sites, landed a book deal that was a New York Times Best Seller, and the company makes an estimated half a million from book sales alone.

Ridiculously Rich Person Behind It: Richard James
Estimated Profit: $250MM
Naval engineer Richard James' flash of brilliance was spawned by clumsiness. He dropped a tension spring he was working with and watched it slink away across the floor. And thus the Slinky was born.In 1945, James debuted the toy at a Gimbals in Philadelphia. He was so nervous about the presentation that he convinced a friend to come and stage the first Slinky sale. His nerves were completely unwarranted because the first 400 sold out within 90 minutes. A quarter of a billion in sales later, the $1 toy and its creator lived very comfortably ever after. Well, sort of.There were some rough patches in there-- like when Richard had a mid-life crisis, left his wife, Betty, and joined a cult. But Betty chugged along with the company, saved it from debts ensued by her crazy husband, and sold the product to Poof Toys in 1998. But, it's safe to say she made out alright.
Related: The Unknown Geniuses Behind 10 Of The Most Useful Inventions Ever

Ridiculously Rich Person Behind It: Scott Boilen, President of Allstar Products
Estimated Profit: $200MM
It's as simple as putting on a bathrobe backwards and an idea so ridiculous it isn't patentable. But the Snuggie, which sold 20 million items in its first year, is no laughing matter. How did the silly two for $19.95 blanket with sleeves shove aside its Slanket and Freedom Blanket predecessors? Some think the "cult of Snuggie" came to be through an abundance of advertising. $10 million worth of infomercials in a down economy will do the trick.But humor is the selling strategy that made the Snuggie a star. Bottom line: if a product is ridiculous, it should be sold in the funniest way possible. The ads, which featured a Snuggie-clad family roasting marshmallows together and cheering at sports games, quickly became media sensations. Jay Leno, Whoopie Goldberg and Ellen DeGeneres all featured the product on their shows. The buzz has led to Snuggie pub crawls, YouTube Snuggie mockery clips and a lot of gag gifts. I received a text from a friend just before Christmas, "Tell me what you want, otherwise you're getting a leopard print Snuggie."And of course there's its cutesy name that makes it sound more like a stuffed animal than quasi-apparel. Whatever the magic marketing recipe is, creator Scott Boilen is rolling in a few hundred million. By our math, it's about $200MM to be exact (20,000,000 Snuggies sold x $19.95/2 items = a truckload).

Ridiculously Rich Person Behind The Idea: Alex Tew
Estimated Profit: $1MM
This story has been beat to a pulp, but it's so ridiculous it's worth noting. A 21-year-old British kid created a home pageand sold 1MM pixels each for $1. Furthermore, he had a sob story to warm the public's heart: trying to pay his way through college.
Advertisers ate up the charity case boy who shamelessly proclaims on his site: "I am a pixel hustler and proud!" The site sold-out its pixels in a little over one year.

Ridiculously Rich Person Behind It: H Ty Warner
Estimated Profit: $3-6 Billion
Fill a sack with beans, give it furry ears, and name it something cute like Patti the Platypus or Splash the Whale. The result? A toy empire bigger than Hasbro and Mattel combined—Beanie Babies. While many initially scoffed at Ty's under-stuffed animals and referred to them as 'roadkill,' the haters were quickly hushed when 30,000 were sold at the first toy show in Atlanta.The way Ty Warner built his empire is remarkable. He never advertised his products or sold them in major chain stores, like Toys-R-Us. This made the toys harder to obtain and thus more desirable. In addition, Ty would retire certain models after the initial stock-run had sold out, making the few that existed prized possessions.
At the peak of the Beanie Baby craze, Ty reportedly raked in $700 million in one year. Call it a scam, but Ty's line of collectibles created the most insane fad frenzy of all time, and he now sits on billions.
(https://www.businessinsider.com/9-ridiculous-ideas-that-made-people-ridiculously-rich-2011-3?IR=T#beanie-babies-9)
These are some problems....i didn't even know the world had!