Defeminisation of a woman: A truth 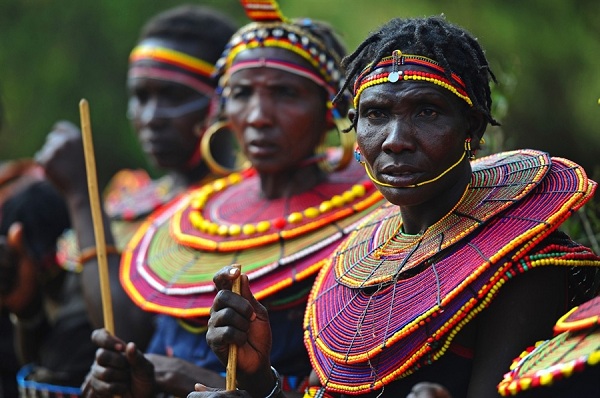 So everyday for about two or three years I was the object of a hate campaign by the local neighbourhood idiots. They systematically tried to break me down and destroy my spirit. They were a mix of guys and girls, headed by a grown woman whose mental health spiralled completely out of control. It was done so cleverly when i called on family and friends for support people didn't believe me, because of the series of games played by this brand of looser. Every single one of them had problems from Jail time, racism, misogyny, jealousy, and self loathing. I was targeted for three things being an alpha female, black, and intelligent.I was called a whore along the streets, a slut, a NIgga, I was called ugly, a man. What disgusted me was the family who started this were black, they would call me NIgga around their white friends, and Asian friends. I remember the mother being outside and saying to an Asian girl, " who does she think she is , she's nothing but a NIgga."

When I was younger I had a crush on her son, mostly because he appeared to be interested in me, he'd follow me around in his car, ask family members suspicious questions about me, he even went as far as calling my mobile phone. He's fair skinned and I'm dark skinned. Yet when I openly wrote him a letter of affection, he used this to try and humiliate my whole family. I became his running comedy sketch, but something interesting happened when I started dating other guys. That's when the cruelty and the bullying started, when his mother would start spreading malicious rumours throughout the neighbourhood that I was crazy, masculine, slept around, mothers should keep their sons away from me. His sister who was obese, loud, just as cruel as the rest of the family would bring a group of her friends into the back garden and announce loud enough to hear that everybody hated me. This abuse and harassment was done despite knowing that I had a disability, they would chant things such as 'have a fit!have a fit! " and run out of the house giggling. This was done systematically every morning, for more than two years, the oldest son would announce " that I was a prostitute who deserved to get raped."

I call this article the defeminisation of a woman because, in my area, to my family I'd always been seen as a strong character. It took all of these people to do this to me in the nook where I grew up, and nobody said anything. Nobody uttered a word. There were defenses used like "she is a man, and she gets everything." I had done nothing cruel to these people except, when challenged speak up for myself. All these things were strategically done when I was isolated, never when I was with my brothers, never when I was with my father. I find it interesting how the people who did this to me I rarely see them on the street the same time as me, yet I hear their rants and their cruel commentary. people who are going nowhere want to drag you down with them, and when their trying to sabotage your future, they want it to be their sick little secret. They'll want to bring you in as part of the 'gang' to destroy someone else, they'll make you believe that your normal and the person your targeting is different,  the guy who did this to me would consistently announce that he was having a joke.' I'm messing around,' he'd say to his friends, but everyone knew his tone was laced with venom.The jokes got crueler when he started mixing with people who everyone knew for having a bad past. Never let anybody steal your sense of identity.
Your self belief , the confidence you took years to build up. Your knowledge base, and when people don't speak out against what's wrong that's not community, that's a circle of cowards.
Email Post
Labels: Antibullying author bullies community cowardice defeminisation femininity growth Otatade Okojie self healing understanding voice