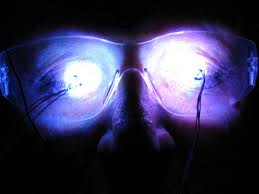 It seemed to be his season to tear her down, to destroy her with words which had too much rhythm in the bones, creating sombre blues. Why had she picked him? Elisa remembered the loneliness of the letter, inked tears expressing the delicacy of a heart already meshed with sadness, maybe she needed a friend, a vocal chord, a spine. Or just someone who could scream the way she couldn't. She hated him now his arrogance in the classroom, eyes which dotted her lanky frame and the chorus of laughter following her like a cloud. I was just trying to be kind, she screamed in her head, I I I saw something I thought shadow was man. I am nomadic once again. Yet the eyes continued to dance like fairy lights, insults as glued as spit on their tongue. Once when she had stood out in the rain and this hatred had consumed her, this unjust anger had eaten its way into her womb, she'd watched his matchstick frame walk by her shivering nervously for all the jokes he had told and all the cruelty she had experienced. Elisa had come to discover the boy who had no self esteem, prided himself on ridiculing others. Dotting his pitchfork your way and stealing your sight till all you saw was charcoal shadows. She had never hated anyone like this before, she never knew she could hate, it was as saw dust where blood should be, ink where there should have been water. It was that day she realised she would hate him for the rest of her life, and she had just been a lost girl reaching out. He could have been anyone. Because that's what loneliness is, anyone's game, someone misguided. To use their vulnerability to build a platform ,Elisa knew showed Serpents skin. She imagined that letter rotating around half the world, her watch ful gaze no longer pleading forgiveness for a thing of innocence.
Email Post
Labels: art confidence creative writing cruelty expression fighting back literature loneliness reaching out courage vision voice wickedness