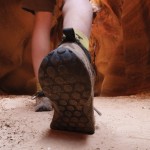 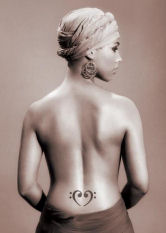 He's clasping the lens too tightly. I shudder and shake nervously sandwiched in an aching wind. The snowflakes whisper on my cheeks, prick at the rouge preparing my smile. " you've never done this before, think predatory, think passionate,"
" think broke," think heartbreak I swallow internally. It's maddening that I'm out here, leopard leotard trying to prove to ex boyfriend how much weight I've lost. " perch against the cage," Andrew Rosevelt speaks his tone seductive and heavy. I am in thick black heels, a black leather whip, and a face that belongs in a mask. I focus on how I like the way white snowflakes camouflage in the white artificial streaks, his midnight hair surfing the wind. I have a crush on my photography teacher, I realise how dangerous it is for people like me to yearn to get close to things, human things that pocket a smile, and the hot chocolate he downs which makes his adams Apple Bob. You have a weird mouth, I think, the other students talk about how young he is, the linear ease of his slender frame, leaking as easy as water from classroom to classroom, flashing the gap in his teeth. Blue eyes Mr danger, the mischief dancing in his eyes, "his pillow bum" my friend Franca says, and I realise maybe I don't want to impress Sudan Crawford who says I have too much chocolate for my skin, my eyes are too wide I always look naive. Stupid, he called it. Not like girls in his upper literature class, with girls like Jessica Spellman who happen to be prototype perfect. " I liked your eyes before," he says indignantly when my eye shadows on, if they were maltesers they would melt.His stare is so hot sometimes like an iron pressing my lids, studying the circumference of my everything, I wonder sometimes if I'm simply an equation he wants to fix.
Email Post
Labels: chocolate creative exploration literature otatade iseghohi okojie passion poet writer