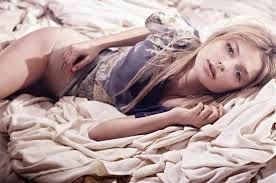 "She's mad, and i told him because he needs to know that the woman he married," i sank on the seat opposite the mirror, " Is terrified of age and punishing the world for it.My wife my Wife," Leanna Mimimicked. Her fathers praise rang through her eardrums turning her stomache like a washing machine. "she tried to kill her because she's jealous, because she's ugly rotten on the inside, mad and forgotten,"
"What do you mean forgotten?"
" Mum feeds off attention. you think its about how we feel, or that men on the street don't wolf whistle at her anymore, she lost a job that made her feel powerful, and here she is cooking up ways to destroy the life of a girl half her age if she could kill her she would, but not for us, not because we feel bad," Leanna took in a long sigh. " Because she's sick of herself, and nobody sees it but us. The dresses that dont fit. The friends who dont pick up her calls anymore, she feels left out of everything, and were supposed to save her, when was the last time she talked about just us. Our achievements, i got complimented at my job recently, mums so obsessed with this girl, she didn't even mention it. My boss joked soon id be the boss." Her brother wiped the tear from her eye. They were a family, each one on an Island , none more desolate than their mother herself. Her world revolved around competing with a girl half her age,  " i bought her a gift a while back, it wasn't flowers, she instantly launched into a monologue about Olivia Jones,"
'Olivia Jones," Wolf supplied, "is just living the life mother wanted to live growing up, and were suffering. She figured out a way to bring on the girls seizures,"
" I wish it was simple. That i could just say she's nuts and that's the end of it,"
"but it's more complex than this," he ran his hands through his dark hair, " she can hold a normal conversation, she cooks like a normal housewife, she even apppears normal when she talks, but you have that girl appear, and she starts allover again,"
"its something about that girl."
"I think its something about her past, she refuses to resolve. Ghosts, they haunt her, and that girl reminds her of someone. Someone that made her feel less than adequate."
"She tried to kill her," Bertrand put in her shiny black hair swaying in the wind, Her brown eyes now needle black. " She used the urn to try and kill her saying she'd die of axfixiation, If you saw the look in her eyes, razor sharp, she knew exactly what she was doing."
There was a ghostly silence. It hung like glue from trees, fear echoed in their hearts, each one beating a bass line. " She's too selfish to do it for her family, this is about her. Your mum's about ego. There's a way she envisioned her life, nothing in her life turned out the way she wanted it,"
" That girls done so much to..."
" Dont you get it, your mum's trying to get her power back through this one girl. Other people have hurt her, but this is about more than being hurt, it's about everything, it's about not being abandoned, not being left, and trying to mould you into the characters that she wants you to be."
I scrunched my features the way i used to when my teacher asked circumference questions.
" She's not happy Lea, no amount of torturing girls half her age will make her. She married into a life. She's jealous of what you refuse to see. She's jealous that girl is loved, look how much she has to do to get love. Women have to become sluts , whores, slags, so she's moderately attractive, anytime that girl gets male attention your mum starts making a spectacle of herself, so somehow the attention lands on her, she craves attention. You can't even have friends over without her turning it into a circus." I swallowed hard, deep down i knew the truth. It was heavy on me, but loyalty itself is a burden. " That girls problem started with your mother, your mother with her, the way she makes things up, who knows where the truth lies." She reached for a large glass of water, downing it as though it were gin. " She's emotionally exhausting, and lying, and suffocating, and i guess ill see you around." We looked at her in confusion my brother and i.
" She wont get help for her....episodes, you wont get her help, your all pretending as though everythings fine, she's a threat, to someone else's child. Obsessed, fixated,she's not normal" another pause. " What if that girl had hit her head really hard and died. That's how people die from epilepsy. What your family did was attempted murder, and for what? Because one woman refuses to grow old gracefully. " She downed another glass of water. " That's how John Travolta's son died of epilepsy, if that girl was on her own and you were using whatever you were using. It would have been murder." I wondered what we would have done after that? Would we have patted her on the back and supported her whinings about feeling inadequate? My mother is one of the most manipulative people ive ever met, she knows how to play people off against each other. She'd done it most of my life. Power hungry, Egotistical, and exceedingly cunning, lies leaked off her tongue like water, there was no doubt my mother had done her research on Epilepsy, she knew the dangers. I leaned back in my seat, i studied my brother's expression. " John travolta's son had an epileptic seizure hit his head and died in the bath." It was said with a sombre knowing.
Email Post
Labels: epilepsy john travolta murder spells witchcraft