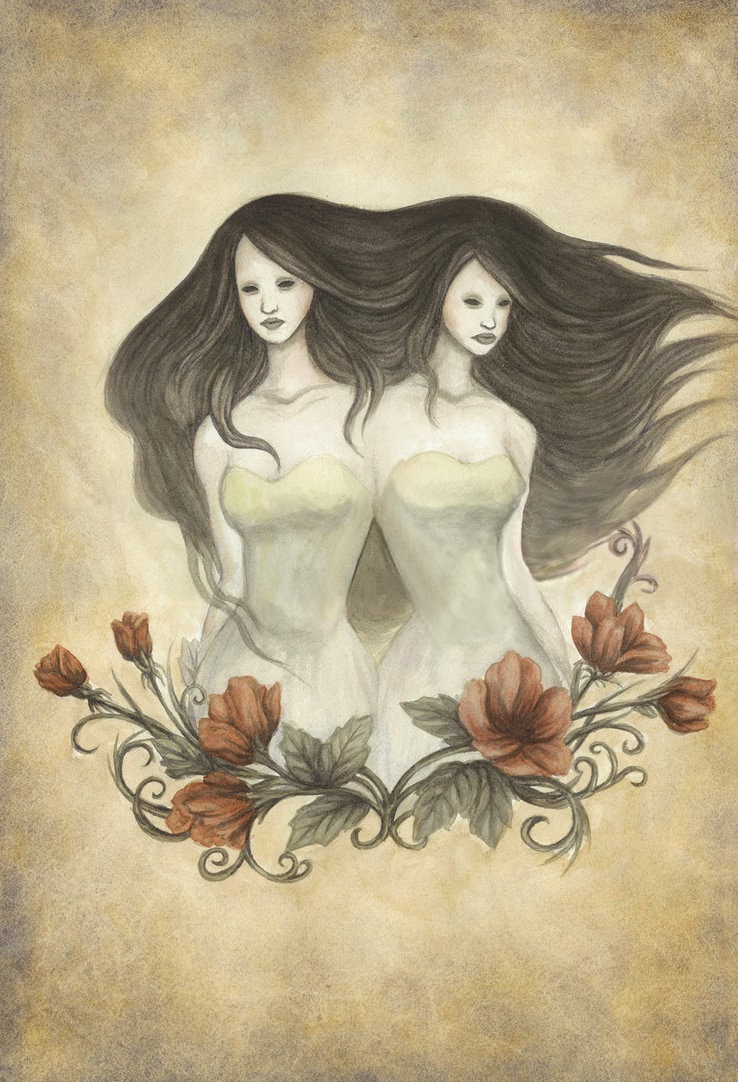 "Your crazy you know that, this is acid rock hardcore shit it eats you." I shrugged at Adrien Molex, swiped playfully at his fringe. We were sitting on the highest precipice of nature's den, a place perfect for climbers.
"Your really gonna do this to beat her."
"I'd do anything to beat that fucking," His malteser eyes swallowed me, a thick finger pressed against my pulsing mouth. We were alive together. Fire in our veins, alcohol drowning our curling Oesophogus. Danger on the tongue. The bitch we were talking about was my twin sister Rhia. He was banging her, because that's how men communicate with her immaculate features, and slender shape. Then when he knocked on our door, the third time, there was a moment, like a bubble had swallowed us and we were in our hub. " It's ridiculous to think a man like you could love someone like her," i'd seethed internally.My eyes sparked with jealous rage, and then an orgasm of calm exploded as he placed a hand gently on my square shoulders. Millitant yet terrified of the world outside.
"I didn't know Rhia had a twin, she's very beautiful," funnily enough id always known i wasnt. It was like god had picked the petals of mothers womb, remaining was me, a shapeless stem. Lean enough to be gangly, short spiky hair which never agreed with order or hairbrushes. One kid once said i was deformed in comparison to my sister. It bit me at the time, and then i began to accept it. " Rhia looks latino, Spanish,is she mixed?" Stupid questions, stupid strangers asked. It sucked so hard being compared to my glamorous twin. At schools, girls ran their hands seductively through her endless main of wild, curly hair. Stubbornly she had managed to grow it to near her ankles. Rhia Evans looked like a painting, and i the younger twin looked more ....regular. I hated that. I never felt regular , i felt odd in my skin, like i belonged in a spaceship somewhere, martians please invite me.
"You can take the first hit," He flashed a dimpled smile waving hands appart,
"No way, i like being smart. These are the freezers, he scanned the almost empty moss green cliffs.
" I really want to kiss you right now, make you come to your senses,"
"it's a trip, i need a trip, people lean in when she utters a sentence, hungry for her adventures," i sighed, " im the salad or the green peas the child plays with on his plate. Lena the troublesome one. \Lena the meth head, and lena the product of an artist who barely came to completion. I pulled the white stick to my lips, sucking it in as it entered my chest, and teased in like a belly dancer. suddenly i felt a sharp prick in my lungs, fire and heat , i began coughing dramatically choking as i grappled for air. My eyes bulged, i could feel the veins popping out, it felt as though my body was preparing to shatter into a million pieces."what is this?"
I spat nervously, panic strangling my every breath. " People aren't what you assume."
"What is this?" I put my hands to my throat trying to cough out its contents.
"Something unpredictable. Your sister is waiting for me over there," he pointed a finger at curdwells narrow street. " It will look like you committed suicide."
Email Post
Labels: art creativity drive passion expression literature motivation murder Otatade Okojie suicide