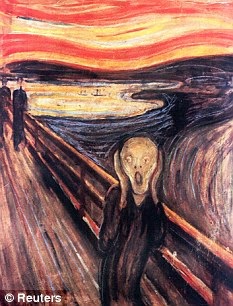 image from the daily mail


"Flipkart,"
"Yeah my dad runs flipkart." Alistair was lying as usual, but in our circle you pretend like Alistair doesn't lie. Alistair does nothing wrong, because it was the week of the chosen one, and this week Alistair Roosevelt that short piece of spit on the back of my shoe, was a chosen one in our fraternity.
" I'm not drinking blood," he panicked.
" We pass the cup around you sip it, it's not like your gulping it, most of it is Ribena,"
My eyes circled the small hedge of trees in our small wood. Arsehole, how the fuck did he get in with my friends anyway, he had these like i call it, the pencil dot eyes, and these huge glasses which seemed to suffocate his pert nose. He was pale and freckled, and his new hair do reminded me of a hedgehog. A brown furry hedgehog. Shit, who am i kidding, he wasn't short he'd sprung up, was tall with bulky arms and this deep throaty voice that made girls swoon. The worse thing about being a teenager wasn't the pimples, the period pains, because somehow i was a tomboy hanging out with a guys fraternity. It was this. This! When i saw him, this! and my eyes did this shit because he'd changed so much, and so had i, i had changed. Not like Tracy Elderly who had huge bust and basically looked like Jessica Rabbit, i felt out of a skin that had once completely belonged to me. Suddenly there were high heels, platforms, girls in bikini strap blouses low cleavage, and i wasn't just looking at the guys anymore, i was looking at the girls and it scared me. Yet him.
"So no gulping?"
" You have to wear the crown as well," Jesus this bastard had a crown. He'd literally terrorised me in first year of high school, in french, my favorite subject, he'd learned to read the whole bible Genesis through to Exodus in complete Francais, in Maths this arsewipe could calculate equations in under 60 seconds, and here he was pretending to be part of the dumbest fraternity in Elkley high. Worse he liked Chrissy tambert, and even worse he still stared at me, im talking eating you with huge brown eyes, they weren't dots i lied i hate him. This bitch has legs from here to British Airport, and speaks in this really clipped speedy tone, like a bird on acid. " I saw Chrissy in German, " i announced, knowing my sudden social affiliation with one of the most popular girls in school made me as much asset as i was commodity. Chrissy was big news, "she asked about you." Not really, she talked about her trip to Sweeden, and daddy's new Bentley, along with how painful the boob job she'd done still throbbed in certain places. I scanned his expression, the loathsome look tiptoeing in my green eyes. I'm more plain than her i'm aware, but my father said like a shot of Tequila my personality gives me some kick.
" I think she likes you," i lied, wanting to connect in some way, yet hating that i did.
" Most girls like me, it's the hair he beamed." Cunt. Instead i smiled
" Actually she's got this plan to merge the fraternity's and host this huge barbecue to raise money for some charity,"
" Which one," he retorted in a bored tone.
" People with one leg and shit." Expecting a rise out of him, i leaned back grinning at the circle of boys. Tunde Bosch, who wasn't actually called Tunde Bosche quirked a thick brow, his husky tone revealing he knew exactly what i was doing. Alistair's brother lost a leg in the army, or was it a car crash he refused to cut it off. He'd said cutting his leg off would be like cutting his dick off, that just didn't make sense to me. Sadness lit his eyes, Alistair Roosevelt had really long lashes for a guy, and i blame the dimple or was it the scar behind his ear. The one only i knew about, like without realising he'd let me into his World, uninvited, and invited. I knew where it came from, an angry slap from an older brother had sent him crumbling to the floor. He'd cut himself on a loose nail, i'd watched from the window, stunned....and yet i moved. I came closer to the window, it was outside the gates of the playground, "bastard!" I spat, i was surprised by how angry i was, the pencil in my trembling hands had turned to blade. I was drawn back into the moment as Alistair sipped from the gold cup, i looked at my twin brother Ricky. He'd dyed his hair green, i'd dyed mine a bright pink, it was on dads birthday we did it making some sort of rebellion against his uniformity. He winked at me knowingly, he'd read the journal. I tilted my top lip with disgust. " Welcome to the Alpha fraternity." The group chorused collectively. A choir of outcast. He was always doing stupid shit to piss me off, but two years from now i had no idea i'd be looking for his body in these woods. We find him three months later, overdosed on pills. There's only two people who are convinced he didn't commit suicide, me and the new prince of the Fraternity.Secrets, can be murder.
Email Post
Labels: art creative expression fiction Flipkart literature motivation poetry the scream painting