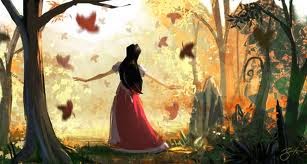 It took me over five years to realise who I'd crowned best friend,was not a friend at all, just terrified of her own lonelinss, and somehow despite my laughter, the hot line of friends that circled us, I had become lonely too. it was the strangest thing, we went everywhere together, called each other at least 3 or four times a day, I was a consistent passenger in her car, her ever constant, I soon realised I was a passenger in her life. A side kick, and when she aptly spoke of being extremely lonely, I realised what I held in high esteem, wasn't what she valued. I was here, her shoulder, her ear, how could she be lonely? Then when another person entered our hub and she admitted she had more respect for her than me, I was befuddled. This was the person that had once described our friendship as a marriage, someone who I'd literally leave everything for just to ensure she was safe.

The worst thing about shadows of the past is in time they take form and have face again. You remember all those things hatred helped you forget. Its so difficult to dethrone the bad memories yet somehow you must fight for the good ones. The good ones will feed you in the darkness
Email Post
Labels: abandonment creative expression freedom friendship pain loss