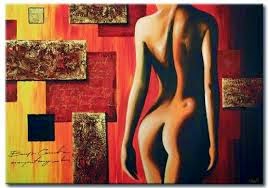 The selves we wished we were, and it was true. As I crossed the blade across my skin I yearned to see the soft ooze of a red Nile leak its way down my cocoa butter complexion. I was numb since he left.Boulders in my throat on dinner dated with strangers who had too much knowledge about everything buy a woman who shared a shadow with a ghost. " This isn't about love, its attention you need constantly Elizabeth." Mac rolled his eyes, preferring the dramatic sigh of an actress. " I won't baby you, I'm a grown man,"
" who keeps two beds." His pale hands sliced through  a ed of curly ginger hair.I'd once loved the freckles like sprinkles of cinnamon beneath two golden Orbs,now they reminded me. Of sesame seeds.
" The psych says I'm having a breakdown, " my tone was hoarse and weak even to my own ears. "Why can't you love me, the way you love her,"
"Because were two souls in separate bodies. She isnt just a lover"
" I'm your wife." it had weight to me, but to him it packed little of  a punch. He hosed me down with a cooling stare, my blue eyes turned Antarctic. Terence licked the line of pink lips. Even as a child he had single handedly always gotten his own way, there was a ruthlessness to the angels. Something within them which ensured all roads leaded to their good fortune, and tabloids queried detectives and police agency's on mising bodies and men and women who often appeared absent would completely disappear.
Email Post
Labels: art creativity divorce expression literature poetry