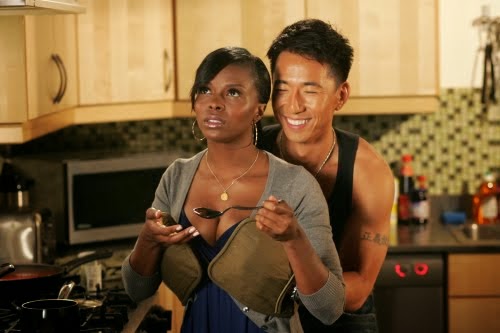 It meant something to her yet absolutely nothing to him, not the way it should. The way bodies intertwine melting like chocolate, conversations open into the morning. She had loved him, it was February the fourteenth she had seen and she had loved that awkward walk, the hair that was rugged as though it were sketched and hewn on an artist pad. “  Are there things you want to know about me?” she opened with frustration, her morning breath hanging like a cloud in the cardboard room. “ Is there something you want me to know?” His eyes as two bolts of cocoa remained hypnotic in the dark. She enjoyed the way they swallowed the plunge of her neck to two voluptuous breasts full and heavy for a girl her age. “ Likes, dislikes, my favorite spread on pancakes, the last book I read, who I’d snog, marry, and avoid, who my favorite actor is, what my favorite drink is,”
“Lets start with one.” He spoke in a baritone that could melt butter. There were fourteen years between them. “ What’s your favorite book? “
“Judith Mcnaughts Paradise, I’ve read it at least fifteen times.”
“Your favorite film?”
“ What’s eating Gilbert Grape and the basketball diaries starring Leonardo Diccaprio,” He slid a slender finger between what he had described as the lap of luxury, the soft wet between her thighs, swallowing a nipple whole, then trailing tender kisses below her navel to where a begging of nappy curls lay like springs. “ We’ve been doing this for too long to be a one night stand.” There was silence. It was a razor silence. His hand froze as they pierced the inside of succulent secret parts, the wet tempting what throbbed him , his logic failing Aidan Rush. “ I can’t marry you. I can’t marry a black girl you know this.”
She wrapped two hands crisscross protectively across her breast. She’d never felt exposed with him, suddenly her pecan skin felt naked and dirty, as though she were a blemish on his bed. “ Were both ethnic, your Asian.”
“My parents wouldn’t accept you,” her small fingers trailed across his Cappuchino skin, “ I’m already promised to someone.”
“I’ve given you three in between spaces of my time,”
“Were strangers who share a bed sometimes.” She studied his handsome profile even in the darkness he was beautiful. His soft brown eyes, the beard he fashioned when cushioned against her neck that tickled her neck and awakened her senses. “You make me feel like I’ve been sucking on a lozenge for a really long time, and it’s a trip,” she uttered into the near black. If she had been bolder that night she would have confessed the nights she sat beneath the painted sky, owls hooting, the magic of her veranda like a cinema scene thinking only of him. “You don’t even know the basics about me,”
“I don’t know how ill think a year from now, if I do plan to marry Rebena.”
“Is she pretty,” she tossed with an attempt at nonchalance.


“I’ll tell you a secret.” He spoke softly. He placed a hand on her flat stomache, “I keep my cards very close to my chest, and I want to live inside your body.” The sentence warmed her. It made her toes curl, and her eyes become even lazier with seduction. “I’m just someone that needs time. And by the way What’s eating Gilbert Grape isn’t your favorite film you say it because you think it makes you sound sensitive to those with….concerns,” he paused, “ your favorite film is Godfather you’ve seen it 42 times your just scared that admitting that would make you sound too masculine as your very Tomboyish. Your favorite book is the De burgh bride, but you don’t talk about it too much because the writer isn’t as high profile as Judith Mcnaught. Your favorite drink is Rose, with a touch of lemonade and a hint of Cinnamon because you like to make all these weird cocktails,” his teeth were brilliant in the darkness, “ you hate biryani because it gives you the runs but you love Samosa’s, your favorite food is African rice and stew, Lobster with a side of spicy snail. How am I doing? “ Azalea was stunned into a pregnant silence. Rasheed turned over and at that went promptly to sleep.
Email Post
Labels: art creativity drive expression fiction flow focus literature novel Otatade Okojie passion vision