The psychology of a coward 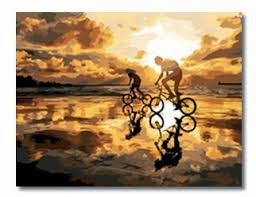 it will be a while. A lot of my pain started with taking risks on the wrong person.The wrong people, then ultimately feeling a resentment take the place of love. I can't love the way I used to any more because its not pure, it will be tainted with feelings of betrayal and resentment. I resent those closest to me for not seeing the truth, for being the great pretenders they were, and knowing things, not everything, but knowing hints and sensing and never taking a stand. I call it being unprincipled, they call it wanting an easy life. My body is being crucified by medicines it doesn't need, I take those pills out of love so those around me don't fall apart. Its all a lie. I was the one targeted no one else because I was nice enough to reach out to a guy who had absolutely no self esteem, no confidence nothing, I saw his loneliness in me. I sensed the reasons why his car would line the front of my house despite meals being cooked for him next door, the barrage of questions he'd ask siblings. When he had nothing and tried to reach out to me at his lowest point, I would leave the comfort of my home run outside and wave because I saw his tiredness and his exhaustion. With all the male friends I had I heard the stories of men being snobbed because they worked in retail, didn't have a certain amount of money in their account, didn't have the flashy cars and expensive things, so I made a point, every time I saw this man I would wave, I'd ignore the beeps from his car, the slow pull of it beside me as I walked. I knew how loneliness felt. I couldn't admit this to my family I'd always been popular, and likable it was what they expected from me. I took on a jealous mother, because I knew how it felt to be an Island. I still remember the feelings as I scribbled that note, I was terrified. It was years since I'd actually thought of reconnecting to anyone. He looked like he could make a nice friend, those naieve letters of mine had ended badly in the past but he was different, seemed different. Out of pure envy bitterness and jealousy this guy single handedly destroyed my family life for me and messed up my head. I ended up in hospital, I ended up on medicines, already being someone that had been through trauma before. Despite making me the object of humiliation and ostracizing me from my whole neighbourhood, he did something worse than anything anyone could imagine. He Gaslighted me. The guy who I thought was a victim of his mother at the time and felt ostracised made sure that I felt exactly how he had felt. I wrote that letter because he was lonely, and I saw that. He used it to turn me into a joke for years to the point where I would become so furious and wonder why I'd been targeted like this, this guy used me as a platform to make friends telling people whatever he knew about our family to make his socially awkward family more liked in the neighbourhood, and despite telling those around me I wasnugly, unattractive, he wanted to end up with my sibling because she was the fairskinned one, anytime another man tried to get close to me he would go absolutely nuts. Suddenly I was the worse person in the world, conveniently right after some guy wasn't looking at me and saying I was ugly, or ridiculing me, or putting me down for my intelligence. He destroyed the most precious thing to me, he strategically tried to get me sectioned with his mother then when I started taking the drugs he would convince me that there was poison in them. I became terrified of every man at the time because of him. Whilst my family fell apart , mother sobbing, siblings crying, his remained quiet laughing with amusement boasting to neighbours about what they'd done. Despite being a black man he'd ask Asians to shout out the word Nigga, as I came through the neighbourhood. Love is a word I treasure. Its weird now because I'm going home for good I haven't told anyone at home, and the word I used to feel such ease saying,  it ends up twisted in my throat. There's people I love with all my heart their touch seems different now, home doesn't feel like home. I wrote a note to a guy who had absolutely no self esteem, no confidence nothing, at his lowest point and in return he didn't try to destroy my whole family. He did destroy my whole family. I am the heart of the family, everybody has their position, when I'm down were down, each person is the heart in their own way. The funny thing is when I'm long gone, he still won't find happiness, and he'll never find peace. Every time he sees my family he will remember what he did, and because he has a daughter there's no justification for it. Here's where it gets real I'll be free, but he won't. It will be there everywhere he turns. My family used to call him the nicest person in the household, whenever things went bad  which was rarely we'd knock on his door. I can't wait to get home, I'm excited I'm eager, why am I writing this article.

When confronting him he denied everything denied calling me a slag, slut a whore, denied paying people soul money to try and destroy my spirit, people who they pretended they weren't associated. He destroyed me so his mum would love him more, because this woman was so obsessed, so envious, so fixated, and so jealous in his logical messed up mind the way to get more of her love was to destroy me, and when I tried to move past it date other guys start relationships that's when he became more cruel, as though how dare you find love or happiness. How dare you build your self confidence. Why am I writing this, don't have a saviour complex, that lonely isolated guy who stares at his shoes when he walks and doesn't have the confidence to approach you, may be that way for a reason. I had my own issues and because he was on self destruct he wanted to take me with him. Now I'm going home. During this time despite the support I've acquired from my family, I refused to take things that didn't belong to me in my system, the things I did were to protect, yet ultimately I ended up feeling completely alone. In this lifetime I will never see this guy again, if I have to put a continent between me and the troubled people around him, I will. This guy tried to convince me to commit suicide regularly, next time you reach out to someone that's completely messed up, make sure your ready to survive yourself, and the feeling of betrayal that comes with it. This is a guy who managed to convince me that I would be gangraped, family members were killed and buried, local neighbours had burgled my home. So much. This really began with a letter of kindness to a guy who was so lonely the way I was, I couldn't just see it, I could feel it. This began with empathy.
Email Post
Labels: betrayed hurt messed up poison Psychology weak