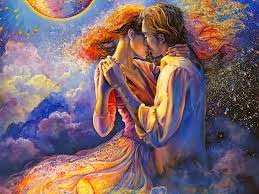 " So were avoiding, playing the avoidance game.," Ivy Bancroft in blue steel framed suit and pinched ivory pearls, was still the brunette he remembered from years ago. The red hair dazzled, its loose tendrils , lashing about her pointed features. with those grey eyes she was bewitching, engaging, and with the eagle broche his mother had given her, was a conversation starter. " You don't wear glasses anymore,'
"I know, they made me look sterile,"
" Sterile? no its a word, I swear I'm not a dipshit, its like being unapproachable,"
" you've always looked unapproachable until you laugh or smile, its the glint," he grinned " and that pimple on your left cheekbone. " Why white hair?" Matt Rivers stood with hands on hips in that comic superhero pose, he'd mastered. It was a long story. His whole fucking life was long stories and unwinding roads which curl and twist, pasts which rattle your insides, nesting in your brain.It was manic depression, and he had been at the edge of a precipice. Ivy narrowed her eyes feeling the tremor of his emotions like a pulse, or a vein within her body. His emerald eyes had always been able to do that. Yet, she'd spent years strangely trying to figure what colour his eyes actually were. It was a strange time to think of things like this, silly things yet it had fascinated her, this strange hue of green, aqua and a hint of chocolate. The quiet boy in the back of the class that sent her ideas, quips and jokes through paper fans, or scrunched bit of old newspaper. ' Not so much the boy I knew,"
" I'm 6  ft 6 to be exact."
" you look like youre  mum."
She saw the state of pain as he glanced out at the multi co
Lured traffic, a pattern of prints, and culture, an escape from the green he was used too. everything seemed busy an over. Populated, the people were merciless ants the order of things a sanctuary that intimidated even his strong core of a chilled, relaxed vibe. " Do you miss her a lot?" Ivy glanced over at an incident between a portable bakery salesmen and a customer, he had a thick moustache, but it distracted her from the stupidity of such a bruising question. " I look like my dad," he countered, tightening the zip on a fitted leather jacket. "   Uncle Gregor right,"
" the one that went nuts and thought he could see angels,"
matt grinned once more. " he can see angels trust me, anyway, supposes he says we look like two strangers."
" strangers?"
" can't see a hint of a likeness."
" same eyes , same mouth, same smile, nose and chin, you get from your dad," her eyes scanned his prominent features like a busy computer. Twenty minutes late from lunch break and her she was here instead of there. " So my dad used to say you can tell the measure of a man by the way he occupies his time. What do you do?"
" Dustin August gets rich of this stupid blog idea remember how we were always competing with each other?"
" Jesus the guy wanted to live in your skin. Anyway I came up with a product idea," he used thick arms to navigate her out of the path of an old lady, she felt the spark of electricity and studied him with guarded vision as though it was something sinister he had done. It felt strangely familiar and it filled her with an anxiety.  familiar things brought memories,the house on church street. He remembered too, they could no longer pretend. "My step dad invested,in a unique investable lead for pets. Its not the superjob 'but last week I rented the Porsche, like my dad drives, "
" did they ever find his body?" The silence was heavy and dense with emotion. She imagined him as a paperboy. imagined him as something light without emotions at times, yet his voice  was thick with emotion.
" My real dad?"
" yeah, I guess, did they?"
" They could never prove if he was dead or just missing."
Email Post
Labels: art expression fiction literature novella Otatade Okojie vision