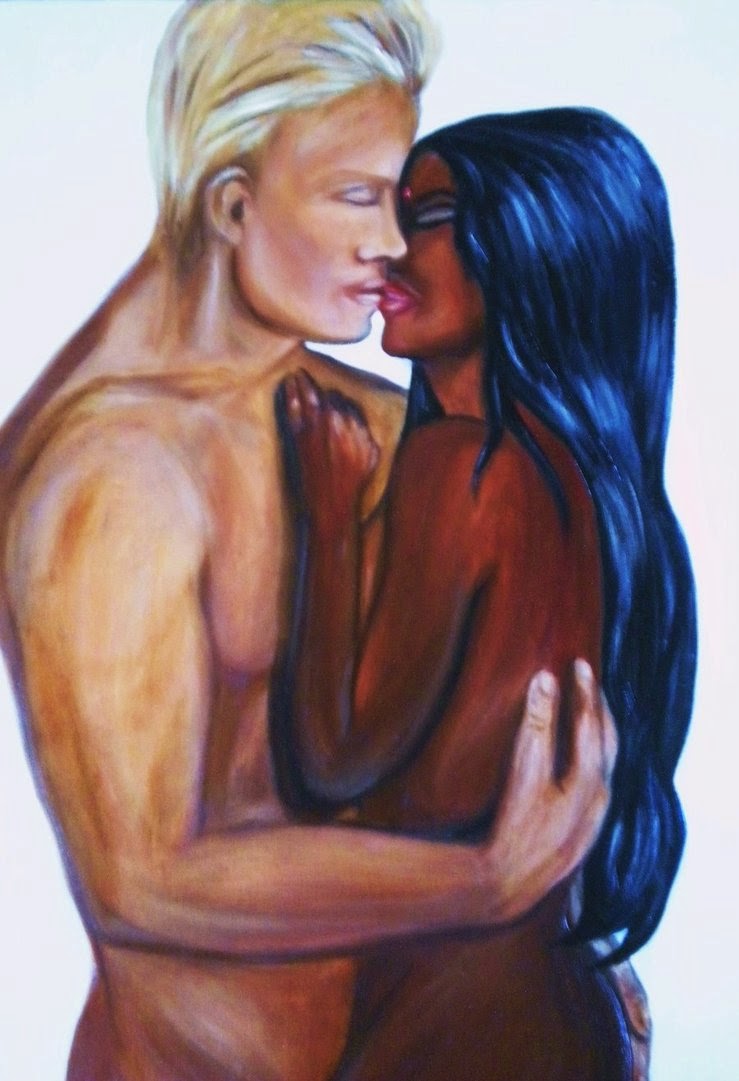 " I won't die for you,but I'll fight for you," Marco Roxsi defended ," I,'ll fight for your dreams that turned to ash, spoon feed them to you, and then," he waited without saying more. Make you whole again. He wasn't supposed to end up with a mullato, chocolate skin, eyes the colour of cinnamon, she had hooked him in a trance like a wildflower gibing off a scent. He was drawn to her immediately, the soft quilt of thick eyelashes , spiders claws, watermelon mouth, nose as sharp as a dagger and hair thick like cotton. " I still have my dreams their just delayed,"

" your passing time in a wheelchair, the last time I sawe you with a paintbrush was before the accident." Teressa studied her Nordic beauty, his blue eyes as clear as ice, mouth as trim as the tidy moustache he coveted. She didn't like the red hair on him, it made his skin look shockingly pale, and his ears more Elfish. A six foot giant of the Roxsi household Marco was the quiet one, a shadowed figure that lurked between churches and monasteries, day dreamed on park benches, ate ice creams in winter, and jogged at 4:30 in the morning when he had night sweatss. A shiver ran through them simultaneously, Marco wrapped the BL anket tighter around Teressa's wheelchair.
" How long do you think you'll stay like this?"
" I was bitten, I'm not dying."
" you said you had an accident. " Teressa covered her mouth with embarrassment, lowering her lashes as they capture Marco's burning orbs.
" your obsessed with Alistair is it him you want?" He raked  his hands with frustration through beacon hair. " its like you want everything. Their blood hunters!" He spat. " I was supposed to have dinner with you that night, you sell me out for some cheap blood hunters?"
" They bit Aieda the woman's been blind for fifteen years now she',s giving people directions." They both looked out over the small city empire, the people looked like ants from where they stood, the air was breathy and clear, and the cars beeped as though being directed by a composer. He sighed with exhaustion, and sank beside her.  " you should have never gone to that gypsy, the woman's an alcoholic ,her predictions rarely come true."
" I have an exhibition coming up,"
"And out of paranoia you went to the blood hunters."
" There's a million pounds at stake here,"
" what was the deal?" He spoke in a hushed whisper, rubbing his eyes tiredly. " your feet for your hands? You idiot!"
" its just the energy from them, their chakra, I'll get it back," she protested innocently, her brown eyes already filming with tears.
" Alastair doesn't recycle energy, governess does,"
" where's Governess? " her pitch was low, fear apparent.
"
Email Post
Labels: art blood creativity expression fiction hunters novel Otatade Okojie vampires vision