How to deal with someone who is obsessed 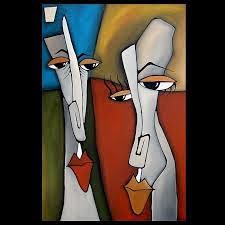 Signs a guy is obsessed with you. First of all let me tell you obsession is less about beauty, and image. Is someone is fixated on you, at all cost keep your distance. There was a guy who till this day,refuses to leave Me alone. He'd isolate me from friends planting hostile seeds of paranoia, convincing me that male friends especially we're plotting something sinister or to hurt me in some way.The more I connected to, went on dates, afiliaed with new men, potential friends, potential partners this guy became more twisted and psychotic ,lashing out like a angry boyfriend, spreading rumours that I was loose. Or a prostitute. No matter how many times I asked him to leave me alone, he refused. Saying things like " I just want one night with her, one night," despite desperately enviously trying to alienate me from e everyone close to me. The most effective method he used was gas lighting where with my own clear sight I'd witness him call me a slut, whore, slag, tell personal family affairs. Eavesdrop on things that were sacred and private before spreading it to as many people as possible. He'd defend his actions by telling those around him that " I was too ugly for him, too masculine," he'd systematically pick out flaws. insulting my dark skin, calling me things like Monkey, spreading stories I had aids, convincing those around me I was mentally unstable whilst walking around without a care in the world.  At the start I had not seen it for what it was.

He wasn't smart, but someone who lacked no confidence managed to use me as a platform to boost his self esteem. Every time there was the possibility of him being outed for the sick things he was doing, this obsession he had. He'd defend it by saying " he was messing around, just joking." Yet it was cruyel and sadistic. When he first started his hate campaign I'd assumed that I must have done something wrong, then as I looked on, I began to notice a pattern. The tirades of abuse always began after I'd met a friend, or spoken to a guy friend on the phone, or been spotted with someone....preferably male When the harassment started initially, he was so convinced even I became convinced, maybe I was ugly, maybe there was something wrong with me, the worse he got, the more I bough into it until one day I saw the pattern. Him and those around him were trying to punish me for daring to attract the attention of other guys. I began to resent this obsession he had it frustrated me beyond belief if I was so ugly why wouldn't he leave me alone. Why wouldn't those close to him leave e alone, he was obsessed with filing me with new paranoia, when I spoke to a male associate and another friend, they put it in simple terms.  " This guy is attracted to you, and hates you for it. Most of all your silence is protecting him. Tell people what he's doing, others know."

When I finally did open up about what him an the around me were doing. I was heartbroken, he'd managed to convince those close to me with the help of an exceedingly jealous mother,that these things were all in my head. Eventually I began to have feelings of resentment as those around me would ask such questions as am I experiencing paranoia. His gas lightingbhad worked. Strategically it was never done when I was with others always alone, isolated, at one point I had been teetering on the edge of committing suicide. As this guy would consistently harass me, try to mentally break me down. Yet when confronted would play the victim, and act as though I had imagined the emotional abuse. The less those around me questioned my honesty, the more isolated I'd become. Soon enough I was doing what he was doing lying. Yet once again lying on his behalf, covering up why I was crying, or doing strange things like slashing at my skin, hiding depressions and faking smies. I just wanted to be left alone,and I was tired of his outbursts of " one night, just one night with her." Tired of hiding the pain I felt because my siblings were treated differently, my sister was a fairer skin, and he'd often announce it to friends as loudly as possible always when I was alone. " The light skinned one I'd go for the light skinned one, the dark skinned one looks like a monkey. I can't be seen with her in the street, she has a reputation," a false reputation which he had built for me out of envy. As I listened to him spread more lies about those close to me, discussing family affairs, medical procedures,going as far as calling us the dirtiest people in the neighbourhood, and dealt with the fact that he left key facts about our family out such as useful connection we knew, business contacts, I realised something whilst having to ignore such comments as " if that girl ever had my baby I'd abort it." And having to keep my head up whilst he told " Asian friends to call me a Nigga as I walked up and down the street, and call me a whore. Whenever I told the truth I was told that I was being dramatic, or manipulative, and the more I'd attempt to speak to those close to me about it, the ore it created a distance which they were not aware of as I would be asked in puzzlement if I had imagined these things for they seemed completely out of character,this was a guy that stared at us shoes when he walked. Absolutely no self confidence, yet as he crucified mine suddenly he was braveeheart?


Many women make the mistake in thinking when a man exhibits behaviour like this,its about possession and his hurt feelings. This is a psychopath,at all cost you must tell everyone what is being done to you. Cowards like this, or truly sick individuals are like rodents. They work best in the dark . What he was doing was a form of abuse,emotional and mental abuse...the irony was I wasn't even dating him. This is a guy that tried to convince me men were out to rape me, that is a sick mind. Upon the advice of family I was told to keep things quiet, make no spectacle, have no confrontation, just ignore it I was told. Whenever I tried to discuss it I was given the look, I believe that reaction encouraged his behaviour to get much worse. Before long thing spiralled out of control, yet I wonder if he would have done the things he did if the people around me spoke up. When a male friend wanted to confront him about his behaviour he'd hid in his house and closed the blinds.  He never confessed to the truth. Others had seen how fixated he was, he'd quizzed and probed, seeking answers about things like if I was seeing anyone, who I was dating, wanting to find out about the guys I spoke too. Major. Tip anytime you come across someone this obsessed you must either report them to the police, or tell as many people as possible. My silence empowered him, him and those around him began to fictionalise themselves as victims. Making it appear as though my hostility towards them was because they had other private affairs. Harassers, stalkers, controllers have to be dethroned the way you would an abuser and a bully, with honesty and as much shared info as possible. They should be ashamed not you. Thy don't do it because your weak, they do it because if they can weaken you, they can control you. How messed up must they be on the inside and you won't be the only one to see it. keep your distance, document it so there's evidence. If you need to talk to someone professional you should. Eventually I got tired too trying to convince those around me of what he was doing. I realised that the most important thing was that I knew the truth and he wouldn't break my spirit so low self esteem meant, I could be puppeted. It said more about him as a man than me as a woman.
Email Post
Labels: creativity emotional abuse fiction literature obsession passion share speak strength