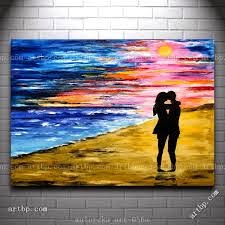 Check out redebony on google plus

" He's such a bastard,"
" a bastard that needs to be spoon fed his nouns" From the docks Catherina and Jacob Crosby eyed the floating ships, the water an ash neither enjoyed. " This place is so desolate."
" These are vintage, memorabilia, the first ships that docked the first ever African slaves,"
" you say it like its a chorus,"
" this is different for me."
" Rich white boy dating urban superstar," Leanna flashed a pair of movie star white teeth. " D'you like the dreads?" Black eyes bounced up and down her needle frame. He'd picked her, that's eight picked, because she didn't match the outfit of your typical black woman weight lifting angry chips. There was an ethereal element to her, and that chocolate skin with the red hue...lawyer. " You don't look like a lawyer."
" You sound like a robot, your not my type." Two Alpha's a lioness with a man who challenged an ego to match Jupiter. in Jacob Crosby's world he conquered the universe. " People in the firm complain about you regularly to me," she touched a hand to his pale skin. " Let me guess-"
" Don't assume I wanna tell you." He glanced briefly at the lighthouse to the North fastening his tan Mac as an Antarctic chill swept in, " supposedly all your pro black rants about the bingley and bison case has left staff thinking your racist,"
" clearly their not aware of what we did last night."
" I'm supposed to be Jewish," she threw her head back in mild amusement. " I like the red in your hair, is it auburn or cinnamon? What did you eat-"
" Don't ask me questions like that." Jacob challenged defensively. "We promised you wouldn't go all motherly or maternal until we reached six months at least,"
" Six months in Bethlehem." Leanna groaned sarcastically. No sex and it had been four months, of cinema's, hotels, gifts, poems, who knew a Crosby could actually scribble. " My mum hates you," he provided into the still
" I don't care for her much either.  I do like the wine she drinks, and the jewellery she wears."
" Gold digger." He teased in a husky tone, pulling her lean frame to his lanky one. " I want noise in my living room with prams and dummies, but let's ease into that." Her brown eyes heightened with shock, a look of alarm like an exclamation mark. " No cappuccino babies for you?"
" you don't even like the books I read." As he leaned in Leanna could taste the lick of alcohol, and tobacco teasing along the ridges of her mouth. The kiss was long and sensual, she leaned in closer, frustrated with his erection, and his control. A year down the. Line, there were three cappuccino babies to be exact, each one more similar to her husband than Leanna could have predicted. Catherina Leanna Jones was now Catherina Leanna Crosby.
Email Post
Labels: creative expression fiction literature novel Otatade Okojie poetry vision