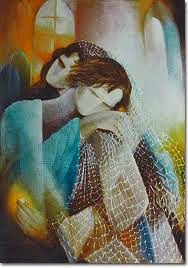 Check out redebony
On Google plus


"Change your job, change your life,"
" I've changed my life 2.4 kids, a husband never happened, love the job, loving the wrinkles." Greta Margolis ran the pearl encrusted comb through threads of black and silver woven hair. It didn't bite, it stung, how Nancy in her lala lala universe thought the world was all sunshine and rainbows, and here she was swallowing whimpers that never came. It wasn't about a stupid job. " the people are nice," she spoke about n plastic tones, glaring at the reflection but fore her. Small hands were placed neatly on a once swollen belly. it was the child she'd lost. idris she'd named him after the actor, Alvin looked much like Idris Alba and had a frame which dominated a room. it wasn't the absence of him leaving either, a bedroom, wrapped in sorrow, a womb that refused to produce a child. He wouldn't disappear, she would speak of him today. " There's an elephant in the room," Nancy remained silent. " I know you slept with my husband,I know you can produce a child for him something I cannot do," the two women turned to face each other, half a blood line connection between them. " we lay together because we were lonely,"
" He loves me you know," her silver eyes remained granite, " he worshiped the ground I walk on,"
" like I said we were two lonely people,on an Island of Self,"
" his son would have been named Idris," she brushed the loose tendrils of hair from the silk blue gown. Its velvet trimmings, and white lace had endeared her to him at the start of the engagement. " Notice with Alvin you always feel lonely," her sister sank opposite her on the ruffled bed. Alvin's political books usually lined the side of the bed, they were his energy when his spirit wasn't there. " I thought I'd hate you, like they do on the chat shows, but people grieve in interesting ways." Nancy tightened her Midnight bun, rolled up her sleeves and breathed one of those teenage sighs, they used to do when mum would come in screaming about the dishes. She couldn't explain why she didn't feel the guilt, the remorse, the conscience everyone judged her for. As though pieces of her were stolen and kept away somewhere, the heart part. She knew when they were wrong though those things that she did, and studied the expression you give to people when you hurt them. Actors made her feel less put on, life was a stage after all. That's how you deal with narcissistic personality disorder, what the over qualified secretary with the steel blue eyes called it in the therapist lounge. " I've done it to you so many times," she uttered in a tedious tone.
" I guess this time I wanna talk about it."
" your so lucky," Greta quirked a thick brow in confusion,
"I've just lost a child,"
" yeah and you'll feel things like grief, I'll always be separate from myself. "
" Its the worst feeling in the world," her eyes suffered her sisters cool expression. " you told mum."
" Mum knew about the baby, about everything. I keep all your secrets."
" And then you sleep with all my husband." Nancy was water, unphased untouchable. In her pink cotton sweater, and the green combats, she reminded her sister of mum. That almost hippyish, easygoing vibe as though the world moved at your flow. It was probably that arrogance that drew her men to her. it was strange not being jealous anymore, not detesting that emotional distance. When she looked at her she saw a specimen, something she studied curiously. " you've always been the prettier one,an enchantment to men,"
" but I'll never feel what you feel, the way you feel it."
Email Post
Labels: creativity fiction literature novel Otatade Okojie poetry vision