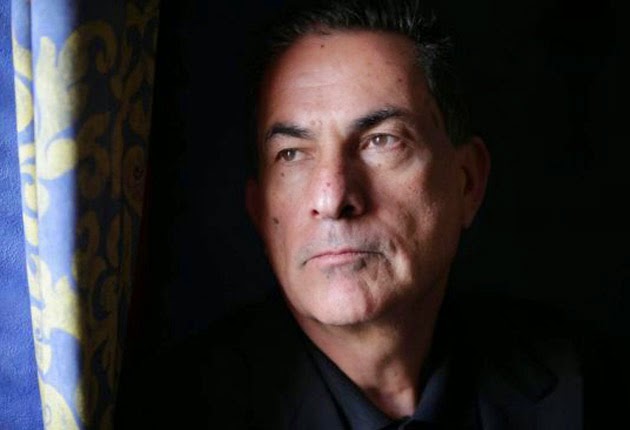 image from the independent

He was invisible to most men, but the world could see him now. Money gave men wisdom and nouns, money had turned him into a king amongst men, and this palace he had built, the stowaway castle mapped out the freedom of his entire bloodline. " How did you do all of this?" The journalist asked with curious intrigue. She leaned towards him tape recorder in hand, a steely gaze penetrating his shadow black cocktail suit. " I built it from dreams, and those dreams tired me,"
"Explain."
"When i was younger, i used to sit by mothers old garden, the one with the old maple tree, and each time out in the cold i would draw distinctions on pieces of paper of what my dream world would look like, i never knew i would be selling products, oil products internationally to build it." She smiled softly. Her hair in a shiny black bobbed almost looked striking amidst the linear splendour of such elegant features. Her lips were soft and polite, each word strong in it's slumber sentence, and he loved the suit.
" What designer is this?"
"Calvin Klein, " she smiled wanly, " i dreamed of lush things too. He studied the grey silk, his brown eyes sweeping over the cut of it, around her small bodice.
"Calvin Kleins?"
" No a life more exaggerated than mine, with Champagne and Caviar and trips to Monte Carlo, i thought i could only dream it, but then it happened it became real." He gazed into the Irish green of soft Mesmeric eyes.
" I've made over a million pounds, 2.6 million to be exact and i've never been to Monte Carlo,"
" You should go it's not one of the most exotic places, but the glitz and glamour does me well,"
" Travelling to places like that is not the same without company, do you ever get lonely?" She switched off the black tape recorder. " I'm so used to my own company now," she blinked back slow tears.
" I had a son. Alexander, we used to go travelling together."
" What happened to him?" His voice was groggy with emotion, he leaned closer, she could smell the allure of his aftershave spicy and masculine. It smelt like something to awaken the senses, it made her ease her small feet closer to the edge of the bar table. " I lost him to Leukaemia." There was a long silence. He ran thick hands through Midnight hair, a leaf of gray lighting through it, she imagined his face to be a Canvas. The soft stroke of ripe cheekbones, to be the work of a sculptures magnetism. His beauty was buoyant, and she took a moment just to gaze at this man. Each breath lingering, each thought hanging tiptoeing closer towards a promised sentence. " It must have been painful to watch?"
" It was. " He shook her hands gracefully, changing the subject quickly. " I built my company almost ten years ago, i started with the framework of an idea Aztec Inka. My cousin designed the Logo from scratch it took him a week."
" How would you define Aztec?" She quickly clicked the microphone on, her words stumbling into play.
"Aztec is a multinational, international , trans location Corporation, we specialise in the import and export of goods to Various Location. From body butter, Exotic fruit scrubs, we use all natural ingredients to cleanse the body, and bring it back to it's original beauty. We have skin care, products, hair care products, for both genders but our most prolific item is the Hans Mozyrem anti aging cream. " She whistled internally, he had impressed her from the minute he walked in. From his quick brisk strides to the way he placed the mats neatly around the dishevelled table, he was an organised man and in the mist of chaos a man like Rupert Monroe is exactly what you need. Handsome, organised, and intelligent. Back in the office she knew she would type anxiously salivating with triumph as the words flowed unto her computer screen, she had met the Rupert Monroe. " Would you be interested in doing Lunch later this week?" he slid in with such ease and charm, she forgot the collection of questions. " You're nothing like the descriptions in the Magazines?"
" Ruthless and arrogant?"
" Im sure you can be that. But for now i'm curious about what else you can be."
Email Post
Labels: art Calvin Klein creative creativity expression fiction journalism millionaire poetry products success the independent Triumph writer