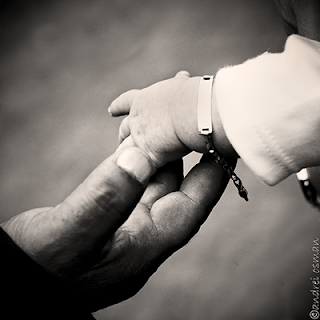 For years i was bullied and targeted by an older woman. I never fully understood where the depth of her contempt came from, i just knew that suddenly a woman who had years on me, had birthed this obsessive need to compete. This jealousy and envy she felt, meant she manipulated those around her, and completely villified me, and someone who should have shown just a hint of backbone didn't just stand back and watch it happen, but he was so utterly spineless and so desperate for his mother's approval, he'd egg her on viciously in secret, desperate to fit in with the mob. Not aware that there's things only a woman can see, that sometimes, a man does not acknowledge.

This woman was dumpy looking. despite being attractive, she looked like she'd had a fight with life it had kicked the crap out of her, and all that was left was this old battered soul. Her shoulders always slumped when i saw her and nothing said she had even an ounce of self esteem. When she walked past me it was as though i was superior in some way, and she felt inadequate, yet whenever there were people around this woman's ability to hide her own self loathing was more than magical. She'd cackle like a witch as i heard shouts of "she's disgusting," and any other derogatory comments she could think of. The words would spew from her like an acid well, and those around her who clearly had insecurities of their own because some were fat, others were overly shy and insecure, some probably had issues with rejection. I could tell that for a woman who clearly seemed as though she were lonely, and craved attention, when she had something to talk about, it fed that need to be spotlighted. The need to be acknowledged, and to gain respect, in her bizarre, messed up her hierarchy.

There are many women who deal with getting old extremely well. We see it's worked for them. There's a confidence about them, despite their age, their like supernova's , you move towards them instead of shy away from them because you respect them. Getting old is not a bad thing. It is transition. Age means wisdom for some it means growth and polish, those who age gracefully age well, and those who rot and stew in the bitterness of past mistakes and insecurities carry a ten ton truck of insecurities. I know, i've been different versions.

As i heard this 'witch' launch more attacks about who i was, the way i was, how flawed i was, i realised something. no matter how much she criticised me, she couldnt take away the disdain she felt for herself. The self loathing that would probably never leave because in life we make choices, and her choice is to alienate people then beg them back. It's a funny thing life. The more she shrieked and howled and tried to tear into me, i realised, she was complaining about me to people i never wanted to associate myself with anyway, to people i didn't like and to people who clearly didn't like themselves. As she became more bitter, and childish, resorting to schoolyard bullying to validate her own life, it hit me then. Something was truly missing in this woman's life. Everything she was doing as much as it appeared to be about me, it was far from that. Her hate campaign was about her. It was also her issues with aging,it's not like she was becoming help the aged, but i imagine for a control freak, that fear of things furthering to spiral out of your control. Along with that of abandonment. Although i had many imperfect moments, i realised how sad it was to be like this, filled with such bitterness, about life and so cold. The goal of living is to be happy, that is the ultimate goal. Not all older women are envious like this, but this woman was truly coming from a place of lack. When someone is this bitterly envious, it's because you have something, and it's not something that can be acquired, it's something that lies within you.
Email Post
Labels: aging bitterness choice control goal help the aged inadequate insecure issues jealousy lies loathing men self esteem shy superior talk validate woman