Why thinking like a beagle could make you a billionaire 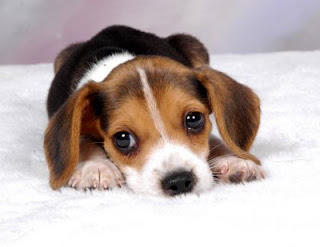 " It just doesn't make sense,"
"but I've seen it work before," you defend. Then you hear the dreaded line. For some it's haven't you got anything better to do, others have another idea neatly pushed in front of them, along with a job application form. They get told strategic stories about how 'settled' and how 'well' a sibling, or a friend is doing in another line of work. Respect echoes through the room, and they shrink with embarassment at having dared to produce their idea in the first place. They then learn to keep their ideas to themselves, lest their reminded about how badly they failed at something else.

Everything you see today was based upon someone else just like you having an 'idea.' They didn't let words strangle them, or other people make them feel inadequate enough to believe they couldn't accomplish what they made their mind up to do. They knew, how precious is. How easily it can evolve and change the lives of those around them. Toilet roll, shoes, cups,cutlery,beds, all necessary things now, but once upon a time they were simply ideas. Messy little ideas that needed to be re designed, reworked, edited, shaped in order to become what they are now.

When you have an idea do not be naieve enough to believe everybody will instantly fall to their hands and knees. Do not be deluded enough to think it will make you an instant millionaire. Care enough to sniff it out and see where it takes you. Be like the beagle.

Beagles are the most curious dogs on earth, my beagle to be precise is much more than your average character. If she picks up a scent, she'll sniff it out until she's leading you and not the other way around.  She has a hunger to find out exactly what the scent is.

Sniff out your idea, it is a scent worth chasing. Ideas have made people leave the scrap heap and become millionaires, billionaires even. From zero to deniro, they call it. In every life there's always someone that talks us out of risks, because they were too terrified to take risks themselves. If its not illegal, damaging to someone's life, sadistically cruel, then it's an idea worth sniffing out.