Freeing yourself from the followers: How to spot weak people 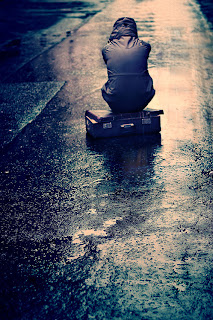 People will surprise you with  how weak they can be, especially in the presence of a bully and someone domineering. Jealous. Competitive. Insecure. The visual you had of them standing up and claiming their strength may end up being nothing more than smoke in the wind. Maybe they joined in the put downs and the ridicule because they finally felt like they were part of something, finally felt as though they fit in.

Yet how many people would they have put down, belittled or ridiculed just so they fit in.  Get yourself some piece of mind. As much as their behaviour is hurting you, it will sabotage them in the long run. They will make themselves appear weak and inadequate simply because they have no real sense of independance. Many of us have the assumption that if someone drives a flashy car, are one of the managers in their work heirarchy, has a lot of money or are seen as extremely attractive, popular and well travelled, they are automatically independant. Independance is more than checking all your social boxes. Can this person make up their own mind? Come to reasonable and fair conclusions about those around them? Are not easily led and scared to voice their opinion? Are honest about their feelings and true to what they stand for and believe in no matter the cost? People like this are consistent and steadfast. You dont find your head doing a 360 degree's pivot and getting brain whip lash.You're not caught in a net of grey, or wondering if this is your real life or a fictional experience.

If you find yourself surrounded by people who are fine with you one minute but as soon as they hear a whisper of negativity can only communicate long distance. Keep communication to them at a base level or no level at all.People like this are pathetic be it a man or a woman,they have no dignity, loyalty,honesty, only fear. In a world where your trying to grow into a positive being all they do is crow a cowards song. Poison leaks from their throat and when you see them alone and separate from the masses all they do is swing their head low in shame, dip their shoulders and expect the world to pity them.  Yet put them in the company of nasty people, they are a megaphone for fear and weakness. It's bad enough their a let down to themselves, don't let them drag you down also. Pick your friends wisely and you will rarely be disappointed
image by lonelypierot
Email Post
Labels: behaviour boxes bully can choose communication disappointed domineering followers independance jealous positive weak woman