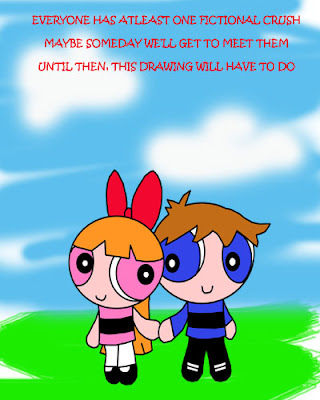 Wow, so semi progress on a crush thats going nowhere, it feels like. I realised yesterday, okay, today about the object of my current affections. First of all his mother hates me, and humanity in general, Second of all his mother hates her lot, as in 'is this how my life is, is this what i got for just breathing with so much skill?' Please honey, get in line. I've noticed from the tidbits of raised conversation she has, which strategically sail through the air. Her favourite line is 'it's not fair, it's just not fair.'

However back on point with him. There are other guys i'm seeing,nothing magical, just communication. Anyway, these guys are passionate, and ambitious, and know how to take charge. He hasn't taken charge, and i'm not sure if he ever will. I get a vibe that he's attracted to me, and he wants to get to know me, or get close...maybe i'm highly disillusioned. Yet that's the point the maybe guys are such over hardwork. Their sometimish. Meaning one minute they're doing something, the next their doing nothing. I know he can be really shy, and scared, especially when it comes to his mother. But i guess it's really time to move on. Properly, as in actually let go of him and my 'sound of music' ideals of love. I've been waiting for him to show some steel (guts) ever since i picked up that he might like me. Not just in a sexual hungry way, but there's a warmth about him, like he would be soft with a woman, gentle, kind, sweet. (Sigh) If i wait for this guy i'll be waiting my whole life, and if i do click with him, it'll be like i'm dating him and his mum. She's too overbearing, and he's too easily contaminated when it comes to her. I guess, this is actually not happening.Also he probably finds me attractive, but not enough to cross his mother. It's time to divert.
Email Post
Labels: crush on a shy guy shy guy sometime sometimish