The Sex Bully:Side effects of low self esteem, and a user in action. 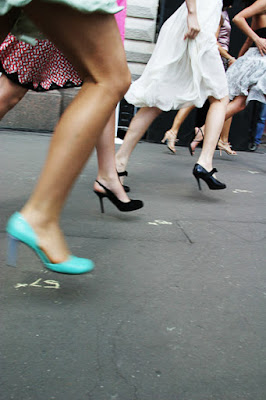 Not knowing what your worth is a dangerous thing. I've always been insecure about how i looked from a young age. People have called me beautiful, attractive, stunning at times, yet their words seeped through my skull like water in a sifter. In my mind i remained the ugly tomboy that nobody wanted to kiss in the playground. How dangerous is low self esteem? Yesterday i spent the morning in front of a police man "Would you like to press charges. Would you like to write a report?" He asked. I stammered some more. "It sounds like stalking and harassment, what your ex boyfriends doing." He spoke cooly and supportively, i felt sorry for him, that i was wasting his time. Due to my low self esteem at points, i allowed a man with more inferiority issues than i had, latch unto my life, attach himself to me, like a leech, and then suck the independance out of my spirit. At first the attention was nice. When your 'the ugly chick in the playground' a man who refuses to leave you alone stupidly appears to be a compliment. Rephrase that, a man who hounds you, begs like a dog, drowns you in the promise of commitment, and then disappears once he get's what he wants. 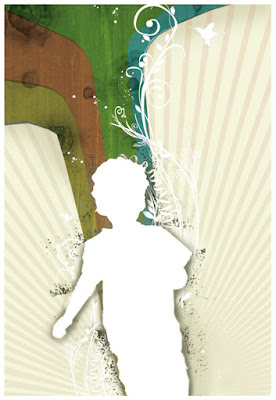 In my logical mind i should have been thinking, this short, insecure, begdate man, wont leave you alone. It's been two years. You have been on less than five dates with him, when you move on, he grovels, begs, cries down the phone, calls you on private numbers, has friends he knows call you on private numbers, or numbers you dont recognise. Blasts loud angry music to try and wear you down,knowing your a writer,and trying to distract you...as he lives opposite, stalks you in the car around the neighbourhood, shows up uninvited at your house, knowing you dont want to speak to him, ignores your complaints anytime you tell him your done and why,continues to plant paranoia and harassment. Parks infront of your house, or opposite it to try and intimidate you, accidentally lets his real self slip, then covers it up with more lies, is constantly supposedly the victim of some 'angry crazy woman', has a record for 'assault'.

I know. What the hell was i thinking? It took a conversation with one of my friends to make it clear to me. "Nah babes," my friend spoke in that vibrant knowing tone of hers, "That's harassment. He doesn't want you, but he doesn't want anyone else to have you. He's cockblocking, andhe's been able to get away with that for two almost 3 years, because your sweet natured, naieve, inexperienced. Men like him are predators they are specifically looking for easy targets. Women like you, slightly insecure."

It is harassment, it is illegal. He was trying to trap me, and he succeeded. All he had to do was see me happy, or with another man, and the jealousy would start. The hounding, the abracadabra appearing out of nowhere. Then the empty promises would start.Words that were thin as air, promises that meant absolutely nothing. They would continue, along with the false niceness. I even noticed when it came to intimacy, he just wouldn't take no for an answer. It wasn't because he found me so irresistible, life with him wasn't a love song. I was a human condom. Only he was a cheapskate. Instead of letting the condom go, he would hound and harass because this condom had emotions, this condom made him feel like a man. It is a different version of emotional abuse. When someone knows you have a hunger, pile a delicious plate in front of you. Let you wet your lips and have a knife and fork ready. They know you dont eat anything else, you wouldn't because you've been waiting for this meal, a very long time. The plate is snatched from your very eyes, the chair yanked out from under you, someone who does this doesn't love you. They have a lot of anger and resentment towards you, they've just been hiding it very well.

The final stamp on my passport of shame came, when during a moment of intimacy, he accidentally mentioned someone having accused him of ****, my head was spinning, my nerves were about to burst from their valves. As he dramatically tried to cover up, speaking of a jealous girlfriend who wouldn't move on and then spitefully calling the police because he didn't want to settle with her. Different things came to mind.

I remembered that movie where this man was a serial killer, he'd murder all these young girls, and then come home to his wife. Who for ages pretended to be dumb to the whole thing,yet secretly knew.I have never been forced into intimacy with him, but i liken him to someone who cant take no for an answer. Thus my situation at hand.


Last night upon hearing a member of the family's good relationship news, i pondered over the wreck, my non relationship user status was, and i ...was...furious....I sent him a number of text that night truly expressing how i felt, and clarifying that his behaviour was selfish, illogical, and insane.

If you ever find yourself in a situation like this.....run. Build your self esteem up as much as you can. Know your boundaries, and create healthy boundaries for those that come into your life.
Email Post
Labels: example of a stalker How to spot a user how to tell if your being cock blocked the side effects of low self esteem what is a stalker what makes people allow themselves to get used