London Riots:How shooting of Mark Duggan sparked riots and what they're really about 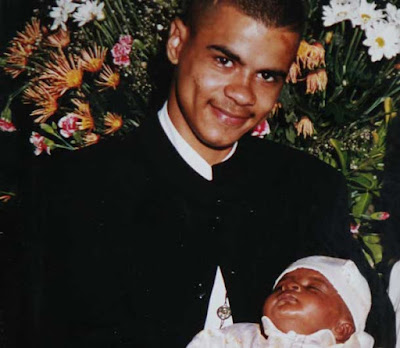 The death of young Mark Duggan shot in the face by a policeman last saturday seemed to be at the route of the London Riots. The family started a peaceful protests outside tottenham station,arguing that it is unlikely Mark pulled a gun out on the police, he was most likely mouthing off....well..well...i bet the police and the government didn't see this anti authourity rebellion spiralling so completely out of control. The fury seems to be that black life is devalued by the police, government and other bodies in authourity.Young people often complain of being fed up with constant police brutality,harassment, treated with suspicious regard, hostility, and some police officials abusing their power. The tension between young people and police in general has been stretched, it took such a painful incident for it to explode. It's clear the message is 'you think you can do what you want, we'll do what the hell we want also." I don't agree with the looting, the violation of other peoples property, businesses that build themselves up from the bone being set alight in a blaze of chaos, sadly this is mob mentality. The police are being dragged in to clean up one mans mess. The officer who pulled the gun out in the first place.Mark Duggan was a son, a father, a brother, a cousin, a friend. In one heated moment, all that potential gone. Let's not ignore politicians hiding behind the police. A lot of these young people have been let down by a greedy government, their also lashing out about not being able to get jobs, feeling the frustration of an insecure society, bored, broke and angry as hell. After all the recession that took place wasn't about the young peoples choices.Politicians invested everybody's finances in a war that cleaned everybody out. Yet their well protected with six or seven houses, and steadfastly insulate their wealthy communities, whilst those they know dont have jobs, are struggling to feed families, and fight for the scraps of a life their just coping with. These attitudes and conflicts have trickled into the young communities. Some of these children are dealing with the shoulder load of mothers and fathers that don't have enough to feed their families. In one scene i saw a journalist says to a young woman, "why are you doing this?"
She turns around to him and says "i'm getting my taxes back." This does not justify thieving, robbery, violence, or anti social behaviour. Yet you have to ask yourself, how does looting a tv, a video, a few mobile phones really help with getting your message across. Because although it started with the protests of Mark Duggan's shooting, these separate yet linked scenario's are not so much about Mark Duggan. There are good people and decent police officers being punished, because one officer thought his gun was an extension of his dick. I don't believe the fiction some police officers are sprouting about Mark Duggan wanting to avenge the murder of his cousin, really really? What a story jackanory. As if one guy is likely to pull out a gun on a full squadron of police....a guy with six kids!He wasn't on a suicide mission, he'd already alerted his girlfriend and friends he knew that the police were following him. He was terrified. He probably just wanted to get home to his girlfriend, his kids, have a hearty meal, and watch some tv. My guess is he was simply friends with a few people from the wrong crowd, the police couldn't get the gang leader. So they got anyone they could
Email Post
Labels: London Riots Mark Duggan