The virus of the dysfunctional man 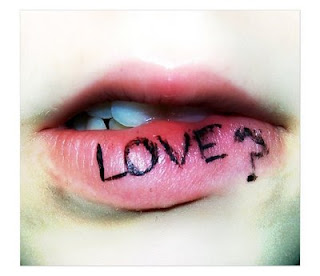 A man who bullies, degrades, humiliates, manipulates, insults a woman is a coward. No matter his back story, his fables, his poor me i'm under attack method of communication. Recently i questioned many things about my strength as an individual. Despite judging other women, and challenging close friends who 'set themselves up' as i defined it. How can you be attracted to a man that humiliates you, disregards your feelings, tears you down? How is it possible? It can happen. Many women including myself find our heart harboring feelings for dysfunctional jealous men. I say you can have the feelings, feelings we can't always control. These feelings exist, but to nurture them with unrealistic visions of social emotional evolution is a catastrophe. I'm not saying that a bad man cannot change. But i believe change is a matter of choice. Our actions define who we are, no matter what we say. Isn't it funny that when women come across a guy that's a complete cockroach, we say, it's complex, he's emotional, people have layers, have you heard of such a thing as forgiveness? Yet the same women are judge judy when it comes to everyone else in their lives. The chaos this one random emotionally immature guy has caused, means they act out the drama with everyone else. A friend who can't get the guy she's in love with to commit, suddenly turns on her best friend who is in a happy and functioning relationship. A woman whose partner is overly competitive, degrades and belittles her, joins her circle of friends and begins nit picking every one elses life, someone who keeps being led on by the guy she's infatuated with, decides to make every other man's life a living hell. I have made a bowlfull of these mistakes, and i keep learning from them, like every other woman out there. The point is though these negative attitudes are like viruses, they contaminate and infect us. Dragging us down, depleting self esteem it's taken years to build. The same self esteem that means progress. I found myself looking down memory lane at some of the questions i'd asked in my diary about endearments. What does it mean? How should i play it? Why is he acting this way? What have i done? I have come across some truly nasty characters of late, men that i predicted were strong enough to stand for something, only to be mystified about how barren their souls were. It hit me. If you have to ask so many questions, figure so much out, over empathise before anything's begun, is this person ever really worth it? The answer is....not so much. Relationships should be fun...at least at the start am i right? I know things are not always black and white, but take it from someone whose been there. Grey hurts too much.
Email Post