How do we define Insanity? 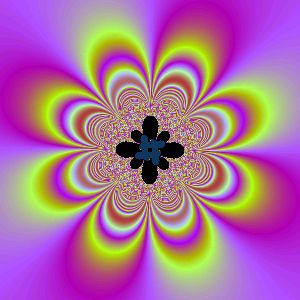 I would define insanity as a feeling that can't be returned. When your smitten or consumed with emotion for someone who hasn't had those feelings roused back in them. Top reasons why we fall for unrequited love.
Sometimes we have feelings of unrequited love because maybe there is a deeper part of ourselves that doesn't want to be vulnerable, or exposed in a normal functional relationship. So at some sub conscious level we chase, or we hunt that which we know we cannot get. It is not always the obvious reasons, that this person is out of our league, or they are in reality completely not our type. It could be that they are emotionally unavailable, they could be convinced they are completely out of our league, above us, better than. They could even be hostile, delusions of grandeur. I was once attracted to someone who publicly refused to walk the same flight of stairs as me on the same time. This person appeared to have the ability to be warm and might even have seemed kind with an audience of 1, but bring in other people they were what one would define as ' a nasty piece of work.' One of my guy friends recently said to me ' peer pressure is a bitch'. I had forgotten about the simple logic of peer pressure. That there are people out there who can't bring themselves to be gentlemen and be nice, or have some version of class when others were around. In fact their so easily manipulated by what their friends think and other people's lifestyles, that i imagine even on their best days they can't recognise themselves in the mirror. Despite being the sort of woman that at many times have drawn strong men, ambitious characters, driven men, it always spins me for six when my feelings are magnetised to a guy whose grand ambition is to fit in with his friends. Or because your a bit different isolate you, it's almost sad in a sense. Like most women i like to believe that i am attracted to guys who if they like or respect anything even vaguely about you, they cheer you on publicly rather than tear you to pieces. They support you rather than callously attempt to degrade you, because as a woman i am convinced i'm instilled with a sense of female pride. Not feminism, as it goes, just the belief that as human beings we deserve simple courtesy's and simple respects, when respect was offered up. This is a different version of insanity? The wonder of equations that never add up.
Email Post