PPTS SYNDROME...HOW NOT TO HANDLE A CRUSH!! 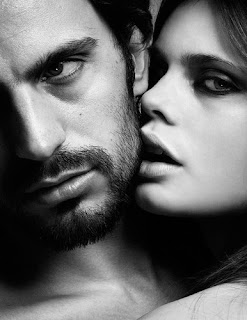 I realise now, after months of analysing wether my crush was secretly smitten wih me,  i'm calling it quits and packing up the stakeout equip. I've flung the towel in, held my hands up, i will not be crucified by a crush. My brain feels like a boiled egg over heated in a microwave, my common sense has completely flatlined. The bitch is back, packing some serious heat!! For a while i thought my crush suffered from (PPTS) Pulling Pigtails Syndrome. It's when your crush (moderately hot), literally terrorises you, rather than simply expressing his feelings.  It shouldn't be that hard. This guy was arithmetic to me, one minute he cant bare to be around me, next he's touching my shoulders and the small of my back, flirting! How about that? He's flirting. Someone's on serious acid. Mean em and Keen em, would be fab, if there was all the time in the world. Time ticks on, the arithmetic becomes boring, and the fish in the sea are quite plentiful. Pulling Pig tails Syndrome is like cutting your nose of to spite your face. Ultimately guys who do this, alienate their attraction in such a way, that the communication completely disintegrates. When the guy finally does work up the courage to even attempt to get close to his leading lady, it's like two ships passing in the night. Too late. Even the most basic conversation can have her mind tweaking about which Terrorist scheme he's plotting next. The guy continues to get frustrated because everything's supposed to be hunky dory, he's switched to nice mode. "Sorry mate" sadly for you, she can't quite as easily forget those nasty comments and tabloid behaviour. Seriously did Shakespeare do that? What happened to the sensuos art of seduction, rather than bullying attention out of someone? Any girl with an ounce of pride, self esteem, will tell you  to stick your Sean Connery in your Roger Moore... Wether she's embarassing to be seen with or the town spotlight. Ouch...me thinks it's an appallingly bad idea. It's the same rule for women. Doormat's are boring and bullies are kind of bland.
Email Post