MAYBE 'HATE' IS NOT NECESSARILY THE ANSWER? 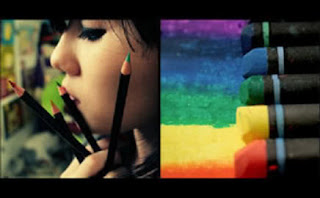 It's really easy to hate someone. To judge them on sight without actually listening to them, without actually hearing what they had to say. When i was in university i was extremely smitten with this one guy. He had skin as deep as charcoal, and a baritone to his voice like a plunge. I remember waiting anxiously just to hear him speak, it was like food for me. Yet when he came within an inch of me, i acted as if i completely loathed him. I was exceedingly popular at the time, and couldn't get over why this beautiful guy would not speak. My friend and i would watch him fidget with his phone nervously, hoping he would relax, because to be quite shallow, if ever there was a masterpiece i thought it was him. Some couple had got together and produced their own van gough. women like myself and my friend would sit there speculating for two years we called him, 'Mr Quiet.' There were nicknames for most of the guys we liked. We'd make effort to interact with him, but no go, he was tooooo shy, and a lot of girls 'myself especially' became aggressively frustrated by it. The assumption was now that 'his arse was rude.' I'd always wondered what it was like to be that shy, it felt alien to me. I was captain popularity like i'd always been, constantly speaking my mind, tooting about something. I wasn't champagne parade pretty, but when i spoke people looked at me like 'jesus christ this bitch could be president.' I've always hung out with older guys, or older people, the universe just navigates it that way. 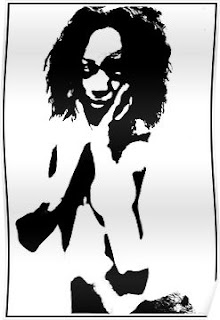 Anyway fast forward past a lot of 'theatrics, pain, and drama' my shyness became seen as rude. People questioned why i'd disappear, or angle as far away from them as possible, i don't appear as a shy person. My older brother used to call me a big mouth, if there was ever a person that would rant, and rave, it was a guaranteed me. So i thought it's interesting the different reactions to the preconceptions of my shyness. One guy actually thought i was rude, that i wasn't making eye contact and walking so fast, the other guy said something i never forgot. He was raising some money for his cause, and there was definitely an attraction, there was an attraction to both of them. Despite the first guy acting like i was the devil at first. Anyway guy number two, i could tell he was really confident. He smiled a lot, and did something i find heartbreakingly hillarious. I have many barriers, for someone to even do something as hug, i dodge nervously, they feel uncomfortable, and let it be. He grabbed my arm, i couldn't believe it. He grabbed my arm. The assumption is i'm rude, feisty, glorious stereotypes, he grabbed my arm and said "You look like someone that's always running, relax, why you always running. You've got the shoes on, the build, don't run from me." I stood there stupified.  From being calm, i was panicking. Then he got right in my face, my friend used to challenge me on this all the time. He'd say "Why'd you do that, not let anybody get close to you like that, it's not cool." Especially as the guys that liked me were basketball players, or athletes in some way. I liked the intellectual type, with a mix of the athletic, creative, and intelligent. I'm like a know it all by cv, not by personal trade. I just feel like shyness is misunderstood, and i never used to think that before. Anyway guy number two took me by the hand, sat me down, sat next to me, played me some music, and talked with me. We had lunch during his lunch break, i was impressed. I appear very domineering so taking charge like that, (whistle, whistle) and then he hugged me. I felt like frankenstein hugging a human being. It's years since i've ever let anybody get that close, after numerous rejections i thought hate and isolation were the answer. Now i get it. In my fear i misunderstand a lot of things, people, their intentions, but suddenly i smile and the whole world floods in. It feels less scary, i feel less about the violins, more about the questions and answers.
Email Post