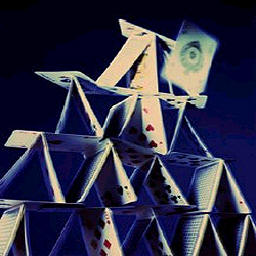 "I need you to be broken, so you can love me." It's such a weird statement. My sister just showed me this film, Mr lonely, it really moved me.The main character a Michael Jackson impersonator moved to this Euthopia full of other impersonators. It's about how he settled into that community, and learned the importance of being himself. There are many strands to this film, but this is key for me, there was a character who kept hurting the woman he was with just so she could need him. People like this are questionable, and sap the life out of others. When she'd lost all semblance of confidence and esteem because she couldn't exist  for him, rather than for herself, she committed suicide and he was distraught. I once met someone who showed an initial interest in me, but i acted too confident despite my vulnerabilities. Panic attacks, emotional vulnerable moments, despite liking me, the more intelligent i showed myself to be the more he would dramatically alienate me, insult me, ridicule me. Then when my confidence was at an all time low, he would stand behind me touching the small of my back and my shoulders, i went stiff, because for one this is someone that was supposed to absolutely loathe me, and for two i didn't want to be tricked. He had moments of shocking warmth, and when i assumed comfort, he returned to the almost demonic spoilt brat i'd predicted he might have been. All i knew was that the weaker i felt, scared, paranoid, insecure, threatened, the nicer he was, and the closer he'd get. When i felt strong, he challenged everything. I guess there's a sinister side to everything. Women are identified as the needy ones, yet there is a dark side to being needed, not just as women, as human beings. The dark side is being needed no matter the cost. Manipulating, bullying, extracting the love out of someone. You will always be needed if you have something necessary to give.There are people who tear you to shreds, just to build you back up again for their own self glorification, maybe that's not such a good idea. It's just like saying "I need you to be broken, so you can love me." I am inadequate, I am scared.
Email Post